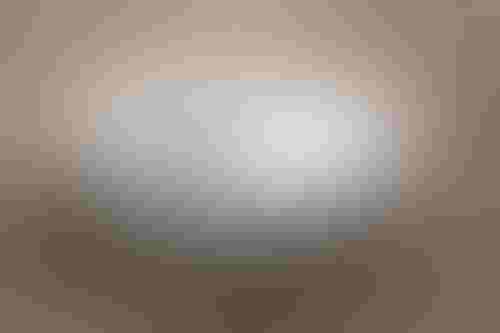 The market for professional and consumer service robots increased 12 and 16 percent respectively last year, according to new figures from the International Federation of Robotics (IFR).

The World Robotics 2021 – Service Robots report stated that the professional service robot market reached a turnover of $6.7bn worldwide, while the consumer market grew to $4.4bn.

“The service robot industry is developing at a high pace,” said Milton Guerry, president of the IFR. “Lots of startup companies appear every year, developing innovative service robot applications and improving existing concepts. Some of these young companies disappear as quickly as they emerged.”

“The activity remained high in the service robotics space with acquisitions by incumbents and acquisitions by companies from industries with a desire to expand and work in this exciting area,” he added.

In terms of suppliers, 80 percent of the 1,050 service robot producers tracked in the report were established more than five years ago, according to the IFR.

The IFR discovered that the top application trends for professional service robots were driven by extra demand brought about by the pandemic.

Around one in three units were built for the transportation of goods or cargo – with turnover for Autonomous Mobile Robots (AMR) and delivery robots growing by 11 percent, to more than $1bn.

Most sold units were designed to operate in indoor environments for production and warehouses.

For example, warehouse bot maker Locus saw growth amid the pandemic, expanding into Europe in October through the opening of a new headquarters in Amsterdam.

The pandemic further increased the demand for professional cleaning robots, according to the IFR, with a staggering 93 percent increase in sales. Some 34,400 units were sold, with more than 50 service robot providers pivoting to develop disinfection robots.

The IFR expects that unit sales of professional floor cleaning robots will grow by double-digit rates on average each year from 2021 to 2024, with deployments set for both hospitals as well as public spaces.

The sales of medical robotics accounted for 55 percent of the total professional service robot turnover in 2020, in terms of value.

This was mainly driven by robotic surgery devices, the most expensive type of robots, the IFR suggested. Turnover increased by 11 percent to $3.6bn.

Industrial giant ABB was among those hoping to enter the medical space – it introduced two cobots in February which could help in healthcare settings.

IFR also noted increased demand for social robots, with such units deployed in nursing homes, for example, to allow residents to keep in touch with family members when social distancing.

Social robots aren’t just for the elderly, however; AI-based tutors like those made by LuxAI can help with educating children with learning difficulties. The startup’s QTrobot for Home is designed to support parents with autistic children when homeschooling – helping kids learn and practice social, emotional, and cognitive skills.

Even with most of the hospitality sector shutting down due to COVID, robots in this space grew in popularity, according to the report, generating a global turnover of $249m.

Robots for food and drink preparation also “grew tremendously,” the IFR said, with a 196 percent increase in turnover.

“The pandemic created increased awareness to avoid contact with food products. There is still a huge potential for hospitality robots with medium double-digit annual growth predicted,” the report noted.

Miso Robotics and its autonomous kitchen assistants are among the most famous innovators in this space. At the start of November, the company unveiled Flippy 2 – an upgraded version of its flagship robotic system designed to automate the frying and grilling processes in the kitchen.

Clean up that mess

In the consumer bot space, units designed for domestic tasks were the top sellers in 2020.

Robot vacuums and other robots for domestic floor cleaning were up by five percent to more than 17.2 million units, with a value of $2.4bn.

“This kind of service robot is available in almost every convenience store, making it easily accessible for everyone. Many American, Asian, and European suppliers cater to this market,” the authors wrote.