KPMG: AI, IoT and Robotics Key Drivers of Business Transformation In Next 3 Years 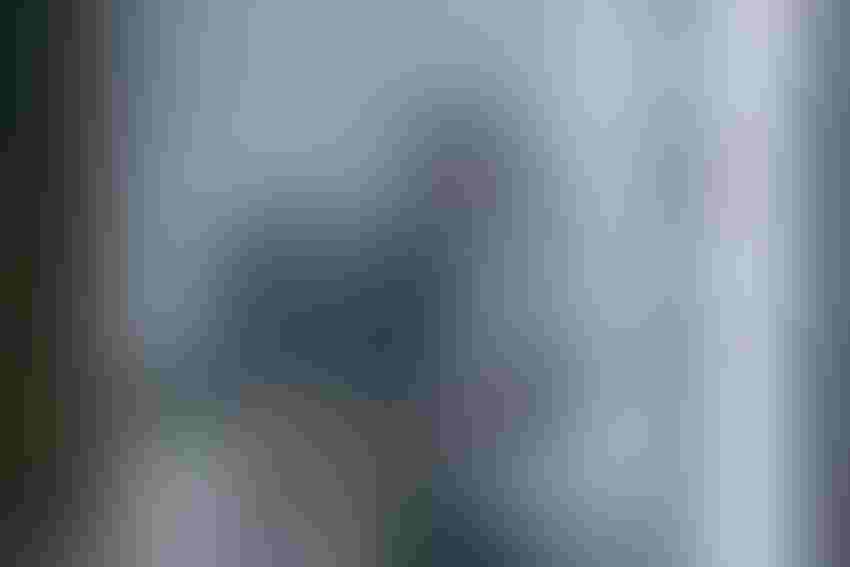 The Fourth Industrial Revolution is upon us - at least according to KPMG's 2017 edition of The Changing Landscape of Disruptive Technologies.

Now in its fifth year, the annual survey of 841 global tech industry leaders outlines the most important technological developments today. When asked the question, "What are the top technologies that will drive business transformation over the next three years?", the sample of start-up entrepreneurs and FORTUNE 500 executives responded:

“These technologies are transforming business models in every industry and unlocking massive market opportunities,” the report argues. “Today’s profit pools and competitive advantages will be short-lived if industry leaders don’t quickly address disruptive technology opportunities. The tech industry is poised to continue to be a global engine of growth and profitability.”

Although the survey ranks these three technologies according to the responses received, it is their convergence which will ultimately prove transformative. Tim Zanni, Chair of Global and U.S. TMT Line of Business at KPMG, had this to say: “The convergence of emerging technologies including the Internet of Things (IoT), robotics, and artificial intelligence (AI) is creating new market value and displacing existing products and services. These technologies are driving profound changes impacting industries and business models as well as life, society, and the environment.”

The report estimates that there will be 20.4 billion things connected to the IoT by 2020 and $1.4 trillion spent on the IoT by 2021. The Internet of Things received particularly high interest among executives in Asia - namely India, Korea, China, and Japan.

It also explores the changes to robotics. The report argues that 2016 marked a critical shift away from industrial robots, which dominated the market until now. Tractica estimates that 59% of revenue will soon come from non-industrial robots designed for use by both consumers, enterprises, and the military.

In examining enterprise markets, the tech industry leaders identify AI as a key disruptor. This included 15% of executives in Singapore, 14% in South Africa, 13% in Australia and Israel, 12% in Japan, 11% in India and the UK, and 10% in the US, Korea, and China.

"As cognitive technologies become more sophisticated, new knowledge will be created at an explosive rate, supplementing decision-making by leveraging deep data domains," the report argues. "Decreasing costs and the rise in technology capabilities have opened doors to smart technologies for all types of organisations to benefit - whether start-ups or established." Indeed, an April report by IDC predicts that the AI market will be valued at around $46 billion by 2021.

The benefits of adopting AI

The tech industry leaders who selected AI as the tech with greatest impact identified the following top benefits for adopters:

When asked "Which industry has the greatest monetisation potential as a result of the adoption of AI / cognitive technologies in the next three years?", they responded:

"There is not an industry or business that cognitive technologies will not impact. The power of artificial intelligence adoption and monetisation opportunities is global as indicated in KPMG's tech industry innovation survey. Building on fast-evolving AI technologies like natural language processing, machine learning, intelligent software and intelligent things, tech companies are enabling the redistribution of labour and new value creation. Welcome to the cognitive future." - KPMG, 'The Changing Landscape of Disruptive Technologies' (2017)

View from the top: CEOs

KPMG also surveyed top CEOs. 74% responded saying that their company is striving to be a disruptor in their sector. They primarily view disruption as an opportunity for their businesses, rather than a problem. Meanwhile, 52% of CEOs surveyed were concerned about integrating cognitive processes and artificial intelligence into their workflow.

The report summarised the CEO response, which is adapting to the rapid advance of AI technology.

"As indicated in the recent KPMG CEO survey, it is increasingly becoming clearer to business leaders around the world, the breadth of the impact that cognitive technology and artificial intelligence will have on business and operating models. As more of the use cases become apparent to the marketplace, the reality and magnitude of the impact is starting to set in, and so is the speed. Last year CEOs were saying this was two or three years out. In the 2017 survey, they are saying this is not a linear progression; it is exponential.”

The rise of digital labour

Perhaps the greatest impact of these converging technologies will be a change to the way we conceive of labour and work itself. KPMG argue that the combination of cognitive technologies and robotic process automation will augment human reasoning and automate physical tasks. It will allow human activity to be mimicked and enable systems to interact naturally with people. They call this 'digital labor'.

"In this new workforce paradigm, the way we work will be transformed, changing the nature of jobs. Management roles will be restructured as well as traditional functions like sales, finance, marketing, and procurement. AI will have an impact at the highest levels including the C-Suite and the board room. As the workforce of the future becomes a reality, business leaders need to develop an AI strategy that is in line with their corporate values, builds stakeholder trust, and protects the company’s corporate reputation.”

This will form the basis of the Fourth Industrial Revolution, requiring new skills and transformative organisational shifts to ensure that gains are evenly distributed and fully effective. "Business software applications and computer intelligence are converging, creating a world where cognitive systems handle business processes faster, at a lower cost and with fewer errors."

You can read the full report by KPMG here.

Are you concerned or excited about the AI revolution? We're looking for stories and insight from thought leaders and businesses alike. Contact our editor at [email protected] to find out more about how you can contribute.