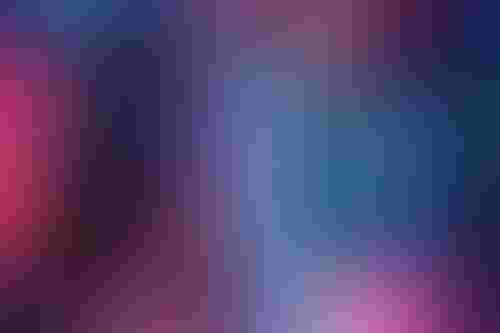 Meta took a step closer towards realizing its vision for a Metaverse ecosystem with Implicitron, a framework that enables fast prototyping of 3D reconstruction of objects for more fleshed out images. It mitigates a major pain point in rendering of 3D images.

Implicitron, an extension of its 3D data repository PyTorch3D, can take image data and create accurate 3D reconstructions in a move the company said could accelerate AR and VR research, “making it faster and easier to create real-world applications like virtual shopping.”

According to Meta, its extension provides abstractions and implementations of popular implicit representations and rendering components “to allow for easy experimentation.”

Effectively, users can combine real and virtual objects in AR without needing to learn from large amounts of data.

Most current neural implicit reconstruction methods, such as NeRF, create photorealistic renderings via ‘ray marching’ in real time. Ray marching sees rays emitted from the rendering camera. 3D points are then sampled along these rays.

“An implicit shape function (which represents the shape and appearance of the scene) then evaluates density or distance to the surface at the sampled ray points, “ according to the paper. A renderer will then analyze the ray points to “find the first intersection between the scene's surface and the ray to render image pixels. Lastly, loss functions or discrepancy between generated and ground-truth images are computed, along with other metrics.“

Meta’s Implicitron has built-in tools that sample rays and ray points. Implicitron can leverage several shape architectures that generate the implicit shape. A renderer then converts the latter to an image.

“This modular architecture allows people using the framework to easily combine the contributions of different papers and replace specific components to test new ideas,” according to Meta.

“The Implicitron framework implements a state-of-the-art method for generalizable category-based new view synthesis. This extends NeRF with a trainable view-pooling layer based on Transformer architecture.”

“By integrating this framework within the popular PyTorch3D library for 3D deep learning, already widely used by researchers in the field, Meta aims to give people using the framework a way to easily install and import components from Implicitron into their projects without needing to reimplement or copy the code,” the company said in a blog post.

Keeping up the AI work

Implicitron is the latest in a growing list published by the company’s recently broken up AI research team.

Meta’s AI engineers and researchers recently came up with ESMFold, an AI model that can accurately predict full atomic protein structures from a single sequence of a protein. The model achieves “competitive” levels of accuracy with market darling AlphaFold2 from DeepMind, according to Meta.

The company’s AI team also threw down the gauntlet against another big name in AI, after unveiling OPT-175B, a language model to rival OpenAI’s GPT-3. The language model is capable of applications like generating poetry and writing code. OPT-66B, a smaller, open source version was released in June.

Another work published by Meta was NLLB-200, a model that can translate over 200 different languages. NLLB is designed to improve machine translation capabilities. Also recently released was LegonNN, a model designed to allow developers to reuse modules when building machine learning architectures, and Sphere, which can verify citations in Wikipedia.

While its model work has been exemplary, its recently released chatbot, BlenderBot3, made headlines for the wrong reasons.