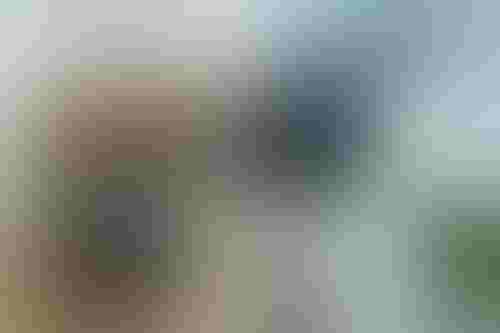 One of the most tedious manual tasks in any restaurant is the need to keep monitoring coffee levels in self-serve flasks to make sure it does not run out − and also stays hot.

Miso Robotics, which develops autonomous kitchen assistants, has unveiled an AI-powered system to automate the monitoring of coffee-brewing: CookRight Coffee.

The system monitors metrics such as volume, temperature and time data – and combines the information with predictive analytics − in a bid to “guarantee a quality cup of coffee and a more efficient team member experience,” the company said.

That means restaurant workers can brew a new batch of coffee “at precisely the right time.”

Miso Robotics CEO Mike Bell said his team saw “an immediate need” for the software to be deployed at coffee stations.

“In order to meet the needs of the rapidly evolving restaurant industry, we want our products to come to market quickly and maintain a high level of flexibility,” he added.

The company added that the system can “evolve as it learns its environment and adds new enhancements over time.”

While the system does only coffee for now, other beverages could be included in the future, Miso spokesman Joey Telucci told AI Business.

Fast-casual chain Panera Bread is the first client to test the system. The St. Louis-based company is known for its unlimited coffee and tea program for $8.99 a month.

The company first unveiled its CookRight software last May, used to identify and track products and kitchen tasks. Available via a subscription model, the software acts as the foundation for Flippy, a robotic arm that can automate kitchen frying and grilling.

Miso is most known for its Flippy robots, which got a major upgrade last December.

Founded in 2016, Miso has gone on to raise $60 million and is aiming for an additional $40 million in its latest funding round.

The company also has eyes abroad. Last year, Miso President Buck Jordan told AI Business that it is planning to take its kitchen bots to to places including the U.K., Canada and Australia.

Jordan is targeting countries that “have a larger output of frying products that are being sold.”