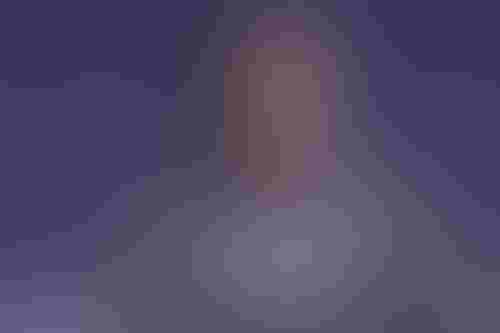 McKelvey revealed to Mobilium CEO and moderator Ralph Simon that both products he developed were born out of pet peeves.

The first, a new startup dubbed Invisibly, allows users to control their own newsfeed.

The Block co-founder told the audience he built the offering for himself after becoming disillusioned with how media outlets curated their news feeds.

“In almost every case, it’s being given to you by a platform,” he said. “You may think you’re in control, but the longer they keep you on, the more money they can make.”

“I don’t know if anyone is going to want this, but I want this,” he added.

The second personal product unveiled by McKelvey was Paymail. He touched on how spam filters are good, but still allow unwanted messages to be sent through. The new tool filters out emails by forcing senders to pay five cents. “If you’re willing to pay money, it gets sent,” he said.

McKelvey even gave out his email on stage, saying, "if you're willing to pay money, it gets sent."

When asked by moderator Simon how effective Paymail was, McKelvey claimed 99% of his spam was reduced, “it keeps all the robots out,” he added.

The personal level of Paymail is so apparent that McKelvey revealed he is currently the sole user in the world – with the service only going live two days prior to his talk at MWC.

“It works, and it’s been wonderful,” he said, as he showed off his phone that displayed the ‘blocked’ list on his email containing a lot of what he considered unwanted mail.

He asked the audience how many people would use the service, with a sizable number of attendees raising their hands.

Block offers payment platforms for small and medium businesses, allowing them to accept credit card payments and use tablet computers as payment registers. The service retains its Square brand.

The U.S. company brought its products to Europe, previously launching in Ireland and France. Its suite was released in Spain, where MWC’s event was hosted, in January.

Touching on the Spanish expansion, McKelvey stressed Square’s importance for small businesses. “We now give Spanish businesses and entrepreneurs the tools to compete online,” he said.

Describing Europe as “fertile ground” for his company, McKelvey noted Spain’s transition from a cash to card economy for payments. He suggested that as much as 50% of Spanish employers are small companies. “They need the same tools to compete,” he added.

The CEO said his company recognizes NFTs as an “exciting market” and said in the past year there has been an explosion of interest.

“We’ve become digital in the last year and art is no exception. Maybe it’s not surprising that art itself has moved to the digital arena,” he said.

His company sold the highest value Board Ape NFT for $3.4 million, a CryptoPunk work for $11.8 million and collaborated with Internet pioneer Sir Tim Berners-Lee to sell an NFT of the web's source code for $5.4 million.

#AuctionUpdate #BAYC #8817 sells for a RECORD $3,408,000 USD! This is the first time it has been made available since it was minted. Less than 1% of all Bored Apes have the gold fur trait. From the collection of @j1mmyeth #NativelyDigital pic.twitter.com/HfFTpEOIUh

Looking ahead to the future of NFTs, Stewart sees further integration of tech and art.

“We can have an art exhibition in 40 locations are the world and engage simultaneously,” he said.

Speakers at an MWC panel a day prior said NFTs, cryptocurrencies and digital money represent the future of finance, with programmable and decentralized money leading the transformational change.