The prototype hopes to prevent accidents caused by events like seizures, strokes, and sudden cardiac arrest 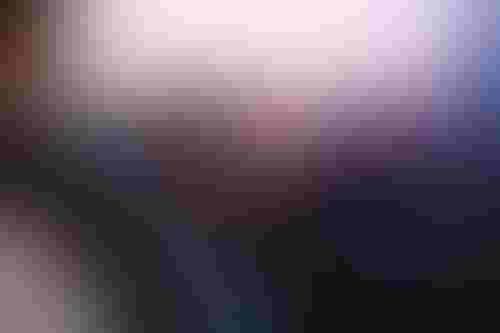 American startup Moment AI has given George Washington University (GWU) $140,000 to help build a proactive driving assistant that spots when a driver’s health is taking a turn for the worse.

The money will fund 20 months of collaboration, as the partners seek to develop software that could cut the number of crashed caused by drivers losing consciousness at the wheel.

The goal is a prototype in-vehicle AI system that detects when a driver is incapacitated due to a health condition – such as epilepsy – and can assume control of the car and guide it to safety.

The first objective of the project is to create an AI system that can detect, monitor and analyze the road-worthiness of drivers at the wheel. By mitigating for driver vulnerabilities, the project could make it safe for more people with health issues to be cleared for driving.

Moment AI founder Megan Gray was diagnosed with epilepsy at 23 and told to forget about driving. However, commuting to work at Google became an expensive logistical problem, involving friends, family, and rideshare companies.

So Gray decided to develop an early warning system, using artificial intelligence to negate the health-related dangers that threaten many car users.

Stress, the cause of Gray’s first seizure, is one condition that machines are being trained to spot in advance. By predicting an incident in the making, Motion AI aims to empower ADAS to take over if the driver loses control.

Following this latest announcement, Gray will begin collaborating with a team led by Samer Hamdar, an associate professor of civil and environmental engineering at GWU.

Is it not safer to keep people with certain conditions away from operating dangerous heavy machinery? "Mobility and certain core services should be available to all people, including those with health problems and demanding work environments," Hamdar said.

He added that Moment AI exemplifies the need for “transportation equity,” and building Gray’s personal story into an academic/industry partnership may have a significant impact on the lives of many in need.

Driving is about independence, according to Gray, and that right can be protected by cutting the stress involved and making safety for all drivers the goal.

"We hope to minimize the health risks caused by stress and reduce the driving restrictions placed on people with disorders," she said. “When more people can drive, more people can work and contribute to society."

Nicholas Booth is the editor of OhThisBloodyComputer and a freelance technology writer contributing to to several British and international publications.

See more from Nick Booth
Stay Ahead of the Curve
Get the latest news, insights and real-world applications from the AI Business newsletter