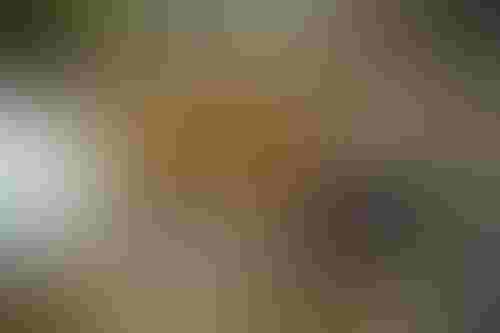 Peak offers AI-enabled corporate decision support software. Household brands like KFC, PepsiCo, and Nike are among the customers making use of its prebuilt infrastructure and data processing platforms.

The newly raised funds will be used to invest in R&D and expand into new markets – with plans to grow presence in the US “coming soon,” according to a glossy video it released upon announcing the round.

Peak CEO Richard Potter said his team was "thrilled" with the results of the round.

“This is a huge milestone on Peak’s journey to change the way the world works.”

From Morrisons to milestones

The startup was founded in 2014 by Potter, a former commercial director at Cooper Software, alongside Atul Sharma and David Leitch.

Peak has offices in the UK and India, and hopes to launch its US operations later this month – as well as hiring 200 new staff members by the end of the year.

Its customers supply access to their data through built-in connectors, which is then passed through Peak's platform to aid processes like product fulfillment.

The startup began working with KFC in the UK and Ireland in April, with the fast food chain using its Connected Decision Intelligence system (CODI) to improve customer experiences and operational efficiency.

Peak’s Series B, which closed in February, raised the firm $21m, with Oxx leading that round. The addition of SoftBank as an investor takes its backer number up to six.

“As we’ve grown, the true power of AI to transform the way companies operate has become even clearer. Our platform is driving transformational results for our customers and gains that are adding millions to the top and bottom line of many of your businesses,” Potter said.

The news of Peak’s Series C round broke a week before the startup made its announcement. Sky News’s Mark Kleinman reported that SoftBank injected around $50m into Peak for a "meaningful" stake in the company.