Pleasure to make your AI-quaintance: x.ai and Volume Global introduce Amy and Theodore 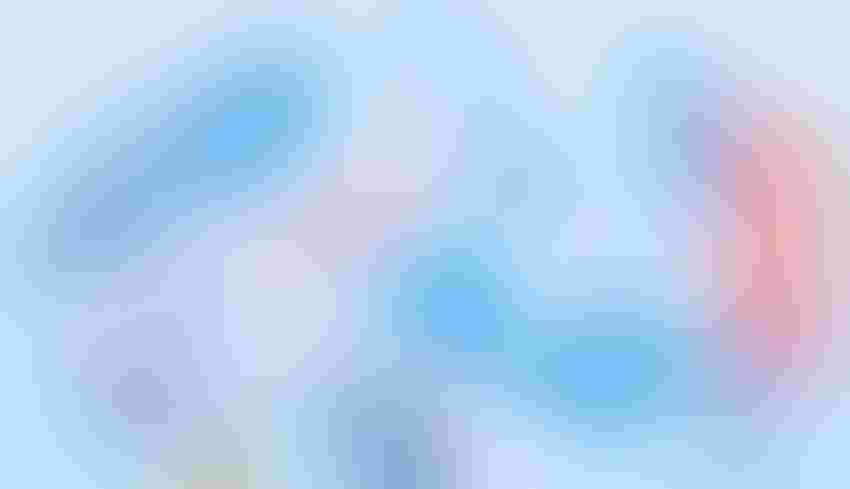 Dennis Mortensen, CEO and founder of x.ai, is on the cusp of revolutionising the way we arrange meetings with his AI Personal Assistant, Amy.

Chris Sykes, CEO and founder of Volume Global, is working on Theodore, the IBM Watson-driven Virtual Consultant that could transform our experience of customer service.

AIBusiness.org met up with Dennis and Chris to find out more about these exciting projects.

In 2013, Dennis and his team at x.ai in New York decided it was time to cut out the ‘email ping pong’ involved in setting up a meeting. Many have tried and failed to ultimately solve the problem, through extensions, plug-ins and various apps. Instead Dennis believes that there should come a time ‘when a personal assistant is fully democratised – it will not be a luxury but a necessity to be able to work better’. And so Amy Ingram (initials neatly ‘A.I.’) was born, with a very clear single brief: ‘a personal assistant who schedules meetings for you’.

The Virtual Consultant was Volume Global’s first project with Virgin Media Business, released in 2014 to ‘help the company present its products and services to customers in a fresh and interactive way’.  But after meeting AI market leaders IBM Watson in February 2015, Volume CEO Chris Sykes saw the potential to take the Virtual Consultant to the next level – by making it cognitive. Chris explains that they wanted to ‘negate Virgin’s need for developing expensive pre-compiled training content, adding a cognitive capability to develop an on-demand, know-as-you-go model, so that salespeople had a real-time dynamic environment in which to get up to date product knowledge.’ That’s where Theodore came in.

So how does Amy work? To take an example: Jane, who doesn’t have Amy as her AI assistant, wants to set up a meeting with John, who does have Amy. Once the first contact is made by Jane, John can CC Amy into his reply, asking Amy to set up a meeting. She will do so based on all the factors that a human assistant would consider. This is much more than matching up two calendars to find a free slot. Amy has a full record of John and Jane’s previous conversations, where they have met and their usual preferences for day and time to meet. ‘Amy needs to understand the objective and the purpose of the task she needs to do,’ Dennis says, ‘this is not just about answering a question or setting the alarm clock,’ going beyond the reach of existing intelligent software such as Apple’s Siri.

Amy has already been described by CNN as ‘a dream personal assistant’  and is currently setting up hundreds of thousands of meetings every year in the US. A very promising start, but a tiny dent in the 10 billion formal meetings set up in the US per year. So why doesn’t everyone have Amy? Why hasn’t she hit the mainstream yet? Dennis explains: ‘You should be able to trust Amy 100% completely – human personal assistants make mistakes all the time, as do all humans, but people expect Amy to be perfect because she is a machine. So we’re working very hard – there’s no such thing as perfect, but we need to reach near perfect as we go to market.’

Amy is not the only one producing results already. Chris reveals that the B2B implementation of Theodore at Virgin Media has seen ‘revenue per head of sales reps increase, sales cycles shorten and conversion rates get much higher’. But from a B2C standpoint Theodore could prove more revolutionary, particularly in Virgin’s customer contact centres. Chris points out the ‘human’ drawbacks in the current system: ‘Regardless of how well a consultant is trained, it’s a different experience on each call, and depending on the consultant’s tone an individual will react in a different way…in a controlled environment, we can either close the call or we can divert it to a human being – we’re actually rationalising the conversation in a consistent brand experience’. By placing Theodore on the call, customers’ issues will be dealt with in a ‘natural, non-emotional way’, where Theodore cognitively learns from each interaction to improve and mould himself to the individual customer’s needs.

With such significant progress comes inevitable concern among people in personal assistant and customer consultant roles. But Dennis insists that ‘we will not see massive unemployment’ with the more widespread use of AI, but rather ‘make jobs more interesting by deleting the boring stuff that can be automated...personal assistants will be happier and free to do more creative, empathetic tasks’. Chris has a similar outlook: ‘We’re not taking human beings out of the loop, we’re looking to optimise them – human beings will be in a more concierge type of service…it’s always been about optimising a process and people will always be part of that process.’

These leaps forward open up many possibilities. At some point will Amy be able to order us our morning coffee, or arrange for our dry cleaning to be picked up? Dennis remains completely focused on the here-and-now: ‘All these things Amy can do in the future – for now we focus on meetings. We do not want Amy to do seven things but with medium quality – we want her to be world class at setting up meetings’. Chris’s mantra – ‘think big, start small’ – echoes this, though he does reveal that Volume and IBM Watson are developing an in-market application for BP Castrol Marine.

But the big question for the time being is: how long is it until we see the widespread practical application of this technology? Given the significant progress made by Volume and IBM Watson on Theodore in the past six months, Chris believes that within the next year we will find contact centres manned by machines – and what’s more, customers will be unaware that they are talking to a machine. Dennis says we should see Amy emerge ‘not in full, but up to a certain dimension’ in Spring 2016. But by late 2016 Amy will be available to the mass market. Looking further forward, to the more distant future, Dennis and x.ai’s focus remains on conquering meetings: ‘If we schedule every single meeting in the US then I’ve won, not before. That is it. I very strongly believe that winner takes all’. And for Chris and Volume? Equally if not more ambitious: ‘Killing CRM as we know it’.

IBM is a partner of The AI Summit, which takes place on 5 May 2016 in the Four Seasons Hotel in London. Find out more at theaisummit.com

For the latest news and conversations about AI in business, follow us on Twitter @Business_AI and LinkedIn – AIBusiness.