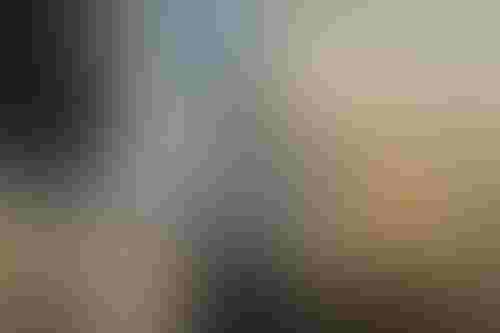 Researchers from the University of Cambridge and domestic appliances manufacturer Beko have trained a robot that can detect levels of saltiness in food.

The robot is already trained to make omelets based on a human taster’s feedback.

In its latest task, it ‘tasted’ nine different variations of scrambled eggs and tomatoes at three different stages of the chewing process. Upon conclusion, the system produced 'taste maps' of the different dishes.

The researchers found that this ‘taste as you go’ approach significantly improved the robot’s ability to assess the saltiness of the dish quickly and accurately over other electronic tasting technologies.

“Most home cooks will be familiar with the concept of tasting as you go – checking a dish throughout the cooking process to check whether the balance of flavors is right,” said Grzegorz Sochacki from Cambridge’s Department of Engineering.

“If robots are to be used for certain aspects of food preparation, it’s important that they are able to ‘taste’ what they’re cooking.”

When humans chew, we notice changes in texture and taste – biting into a fresh tomato, for example, will release juices. But as we chew, releasing both saliva and digestive enzymes, our perception of the tomato’s flavor will change. Saliva produced during chewing carries chemical compounds in food to taste receptors; the signals from taste receptors are then passed to the brain. Once our brains are aware of the flavor, we decide whether we enjoy the food or not.

Taste is also a highly individual thing: some people love spicy food, while others have a sweet tooth. A good cook, whether amateur or professional, relies on their sense of taste and can balance the various flavors within a dish to make a well-rounded final product.

The research teams from Beko and Cambridge University suggest that the results from their attempt to make robots replicate this process could be useful in the development of automated food preparation by helping robots to learn what tastes good and tweak dishes per dinner’s requests.

Their results were published in the journal Frontiers in Robotics and AI. The minds behind the project said further research could be done to determine other parameters, like sweetness or oiliness.

“We believe that the development of robotic chefs will play a major role in busy households and assisted living homes in the future, said Muhammad W. Chughtai, senior scientist at Beko.

“This result is a leap forward in robotic cooking, and by using machine and deep learning algorithms, mastication will help robot chefs adjust taste for different dishes and users.”

The closest to this was IBM’s Hypertaste, an AI-assisted ‘tongue’ that is designed to sample suspect items – like potentially counterfeit liquid products.

Instead, units like Flippy from Miso Robotics, Dexai’s Alfred and Semblr from Karakuri use a combination of sensors and computer vision to identify ingredients when prepping dishes.