With the right technology in place, organizations can achieve an even higher level of sophistication and keep money out of the hands of criminals 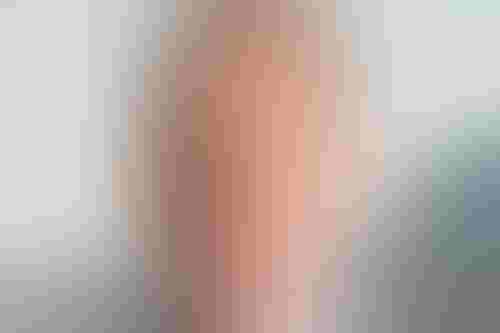 As the pandemic upended the world in the spring of 2020, it quickly became clear that COVID-19 would have an impact on the world's health, safety and economy.

Governments recognized that small businesses would not survive with customers and patrons in lockdown, as organizations were mandated to halt in-shop experiences, unable to pay staff and maintain operations.

In response, governments introduced loan programs such as the Paycheck Protection Program (PPP) in the US to help keep companies afloat.

While most business owners applied in earnest, honestly reflecting their needs and financial hardships, criminals leaped at the opportunity to exploit these programs in a time of chaos.

Overwhelmed by the number of applicants and data to sort through, many of these cases flew under the radar, and now, in the aftermath, governments are left picking up the pieces and trying to sort out the fraudulent cases from legitimate ones.

Businesses and governments alike, however, don’t have to go through this painful process in the future.

By utilizing AI and machine-learning technology, organizations can detect fraud that’s already occurred, and prevent new fraud from happening in the first place.

For example, the UK government recently began using contextual decision intelligence software that scans for individuals and businesses with suspicious activity - something that traditional software is incapable of doing.

The right technology for fraud detection

Unfortunately for the governments who enacted COVID loan programs, the money has already been sent out, leaving them in a position to retroactively root out fraud.

As a result, it’s now time for governments to work on fraud detection for the funds that have been given out, as well as the individuals to whom they’ve been distributed.

In the past, professionals have been burdened with the overwhelming task of sorting through ever-growing piles of data to detect fraud.

As business owners applied for PPP loans in record numbers, these employees were more overwhelmed than ever, simply unable to keep up. As the dust settles on this and other government programs, officials would be wise to implement new systems centered around AI and machine learning.

In the past -and present, for some organizations - data has been scattered and siloed, without context and standing on its own. This siloed approach has made valuable information far less effective, as individuals struggle to make sense of seemingly endless lines of data.

The right technology, however, can alleviate these struggles. Instead of operating within siloes, AI can detect patterns quickly and accurately, providing alerts and rich information to expert analysts. AI can detect suspicious similarities between applicants, which is crucial when detecting fraud within government loan programs.

As fraudsters found success in being approved for funds, they repeated the process, sometimes hardly bothering to change much information on their false applications.

AI algorithms can detect these patterns, whether by noticing similar addresses, dates of birth, signs of shell companies, dates of purchase, or rapid rates of increasing staff size.

Not only does this speed up fraud detection, but it also frees up employees to use their talents and skills in ways that require higher levels of judgment, rather than spending their days sifting through data.

The technology sends these pattern detections to the expert professionals, who will then make judgment calls and determine whether or not to pursue an investigation.

Some patterns detected won’t actually point to fraud at all—for example, the AI is so thorough that it may alert investigators to a pattern where 100 or more applicants were born in January, hardly a cause for concern.

In this case, an analyst can use their expertise and judgment to dismiss this pattern as innocuous and move on with their day.

At this point, free to use their advanced human judgment to analyze, rather than sort through, data, employees can decide it’s time to pursue an investigation.

Once the right technology has been set up, governments can not only root out fraud that’s already taken place, but also keep that technology going to prevent fraud in the future.

The technology can be used ahead of time to detect fraud during the application phase, keeping criminals out before they infiltrate a program.

The COVID relief programs have brought to light issues within government and private companies’ fraud detection systems. It’s time for governments and companies alike to adopt AI and machine learning, staying prepared for a future where criminals are more sophisticated than ever.

With the right technology in place, organizations can achieve an even higher level of sophistication and keep money out of the hands of criminals, and in the hands of those legitimate applicants who truly need it.

Felix Hoddinott is chief analytics officer at Quantexa. With over 21 years working in data science, Hoddinott is experienced in designing the algorithms that drive business-critical decisions to gain real value from big data. Following his role as head of Detica’s Datalab Academy, he has trained and developed a team of over 75 data science experts at Quantexa.

Stay Ahead of the Curve
Get the latest news, insights and real-world applications from the AI Business newsletter
Sign me up