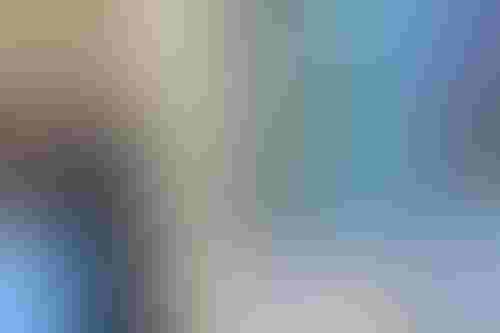 Despite achieving out-of-this-world feats in the past year, the space industry needs to be more inclusive to encourage more people into the industry, according to Ian Annett from the U.K. Space Agency.

During a keynote at Space Comm 2022, the deputy CEO for program delivery called for “better balance” to make the space sector “open and approachable.”

"We need to have better balance and inclusivity across the totality of the sector to ensure that we're bringing all the talent that is out there into what is a rapidly growing sector that needs as much talent as possible to continue its growth," he said.

“We’ve all got a responsibility to … spread the love of space to others who don’t recognize that it touches on their everyday lives.”

Annett stressed the need to ensure women are paid equally to men to attract them to the industry while also keeping things fair for those already present.

Women make up just 20% of those employed in the space industry internationally, according to figures released by the United Nations in 2021, roughly the same proportion as 30 years ago.

“We need to not only speak to people who are not in the space industry, (but) make sure that we get better pay equality for women in the sector, better gender diversity, and better inclusivity.”

A year has passed since Annett last spoke at Space Comm. Since then, the James Webb telescope sent back images of far-off galaxies, many of which have never been seen before.

Praising the work, he noted that mid-infrared instruments, or MIRI, used in the telescope were developed in part by the Royal Observatory Edinburgh alongside the Jet Propulsion Laboratory and NASA's Goddard Space Flight Center.

But while the JW telescope was a success there also have been failures. The launch of NASA's Artemis program has been delayed multiple times due to repeated hydrogen leaks. Artemis 1 will conduct unmanned tests on rockets with the view to eventually sending humans to the moon.

And as the U.K.’s fledging launch capabilities are set to begin later this year, Annett, who was present for initial tests at Kennedy Space Center, suggested the Artemis failure provided his team with a lot to learn.

“Despite the launch being postponed, everybody here will understand the complexity and risk associated with launch and spaceflight and the importance of getting things right. Let’s not be pressed into launch fever and then rush towards disaster, a lesson we can learn as the U.K. approaches its very first orbital launch.”

That launch will see two shoe-box satellites, called CubeSats, go up from Spaceport Cornwall, in Newquay in South West England. The Prometheus-2 mission will involve Airbus Defence and Space, the U.K. Ministry of Defense and several international partners, including the U.S. National Reconnaissance Office.

And upon referencing the launches, Annett pointed to the U.K.’s work in Artemis, describing it as “an excellent demonstration of the unique strength of the sector has in the U.K.”

The 53-page document references the potential to utilize AI technologies to solidify its efforts in space, across applications including navigation, domain awareness and Earth observation.

However, that strategy document was published by the Johnson administration, which was ousted early this week after Liz Truss took the premiership.

The change in leadership was much talked about at Space Comm 2022. During his keynote, Annett stressed the “immediate priority (to) bring them up to speed and understanding their priorities for space.”

“The government, and us all, are facing a challenging economic outlook and will need to make many tough decisions in this context. The U.K. Space Agency commitment to catalyzing investment into the space sector is to centralize the key economic recovery and growth.”

Achievements in the space sector can only be realized through collecting collaboration between industry and government, Annett added.