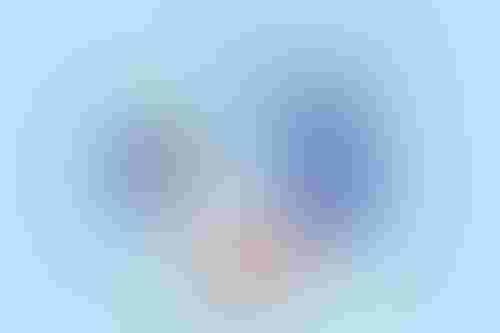 Human radiologists and pathologists will be obsolete in a few years. They are the doctors who interpret magnetic resonance imaging (MRI) and biopsies, to determine whether a growth is cancerous.

These doctors will be replaced by artificial intelligence.

Instead of seeing a radiologist or a pathologists, patients will receive a report from the hospital’s resident AI.

Some envision this world when they hear about AI’s use in treating cancer. But it’s just a vision. As I’ll explain below, most researchers believe AI should likely be a supplement to, and not a substitute for, human radiologists and pathologists.

Cancer screening is a proactive preventive method. In 2005, the American Cancer Society estimated that more than half of all cancer deaths could be prevented if people adopted cancer prevention measures, including receiving routine check-ups. Methods of screening include mammograms, ultrasound technology, MRI, and computer tomography (CT) scans – all of which must be read and interpreted by a radiologist.

Accurately identifying and classifying a tumor that shows up is equally important. This usually involves a biopsy – tissue samples of the tumor are analyzed and graded by a pathologist, who then categorizes by risk. A recent study by the Karolinska Institute in Sweden, published in the Annals of Oncology, noted that “[roughly half of breast cancer patients have a grade 2 tumor, which unfortunately gives no clear guidance on how the patient is the be treated.” The uncertainty isn’t limited to breast cancer. Biopsies in connection with brain tumors can also be ambiguous, noted neuropathologist Dr. Matija Snuderl from New York University’s Langone Health in connection with medulloblastoma, a central nervous tumor that begins in the brain or spinal cord.

In both cases, there are error rates. Even highly trained radiologists can disagree on identification via these images. The American Cancer Society notes that mammograms, for instance, can show a “false-negative,” where a mammogram looks normal even though breast cancer is present. They can also show a “false-positive,” where the mammogram looks abnormal even though there is no cancer. For the former, the error rate is about 1 in 5. As for false-positives, the error rate is about half of the women getting a mammogram over a 10-year period. As for identification of cancer, Johns Hopkins researchers have noted a misdiagnosis of prostate cancer in one in every 600 diagnoses. Other studies have shown a greater incidence of misdiagnosis.

AI can assist in a variety of oncology-related tasks. For screening, MIT has developed a method to better predict a woman’s risk of developing breast cancer using machine learning. By collecting 89,000 mammograms from approximately 40,000 patients who had been screened over a 4-year period and comparing them to a national tumor registry, MIT researchers seek to predict cancer risk.

AI can, at times, identify a woman’s potential for breast cancer four years before it develops. Machine learning can recognize a growth pattern before it is cognizable to the human eye. Perhaps that’s why an additional study by researchers at Google found that AI outperformed radiologists. AI reduced the number of false positives by 11% and false negatives by 5% in connection with examination of one CT scan for lung cancer in comparison to six radiologists.

More recently, Paige Prostrate of New York released the first FDA approved AI system to assist with the diagnosis of prostate cancer. In a clinical trial submitted to the FDA, manual review of images resulted in identification of cancer 89.5% of the time. Using Paige Prostrate, the percentage increased to 96.8%.

Similarly, Dr. Snuderl of Langone used an AI system called a methylation-based-classifier developed by the German Cancer Research Center in Heidelberg to assist in more accurately classifying tumors. This classifier checks for molecules attached to DNA as different types of cancers reflect different attachment patterns. The algorithm found that 12% of brain tumors had been misdiagnosed. Finally, Karolinksa Intituit researchers have developed an AI based method for tissue analysis. Their method can prioritize patients with grade 2 tumors into higher and lower risk groups in terms of recurrent risk.

AI: Supplement, not a substitute

Notwithstanding, researchers like neuropathologist Andreas von Deimling at the German Cancer Research Center view AI as a supplement to human input. There are various reasons. One is that combining the two will likely lead to better results. Another is AI error rates. A more recent study published by professor Sian Taylor-Phillips at the University of Warick in the UK showed that 34 (94%) of 36 AI systems used buy healthcare professionals were not as accurate as a single radiologist for diagnosing breast cancer. Another part of the study concludes that all 36 were less accurate than a group of two or more radiologists.

Professor Taylor-Phillips noted that “many AI systems produce far too many false alarms, indicating women may have cancer when they do not.” Nevertheless, some have argued that AI can or will need to act as a radiologist substitute in places where radiologists are on short supply like Hawaii. Unlike a radiologist, AI can be “replicated at really no additional cost except the hardware to run it,” said Professor John Shepard of the University of Hawaii. 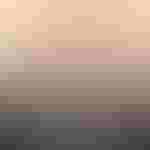 For over 14 years, Ryan has been helping tech and media clients find undiscovered litigation or transactional solutions to the trickiest legal issues. Currently, he's Vice Chairman of the Licensing & Technology Transactions Group, California Lawyers Association, and a non-residential fellow of Stanford Law School's Center for Internet and Society.

See more from Ryan E Long
Get the newsletter
From automation advancements to policy announcements, stay ahead of the curve with the bi-weekly AI Business newsletter.