The Cabin Awareness concept can sense micro-movements, such as respiration and heartbeat. 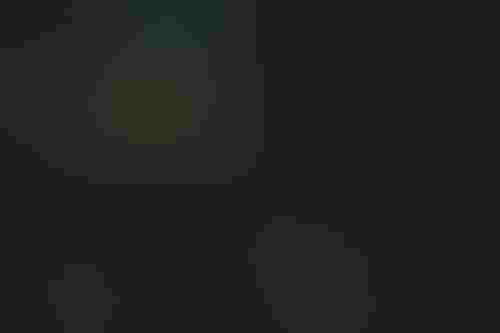 The Cabin Awareness concept can sense micro-movements, such as respiration and heartbeat.

Toyota is testing a system that could prevent heatstroke deaths by helping ensure no pets or young children are left behind inside a vehicle.

The Cabin Awareness concept uses millimeter-wave radar to detect movement, and then connectivity to notify the owner in a scenario where occupants remain in a car.

It is currently undergoing a real-world trial by Toyota’s partner, May Mobility. The autonomous vehicle company is assessing the tech in its fleet of Toyota Sienna AutonoMaaS minivans at its headquarters in Michigan and will soon begin public testing in Arlington, Texas, and Ann Arbor, Michigan, with more locations added later this year.

Toyota’s Connected North America innovation center in Texas has teamed up with Israel-based Vayyar Imaging on the concept. Vayyar’s single millimeter-wave, high-resolution 4D imaging radar – which is mounted out of sight above a vehicle’s headliner – can detect people and some pets inside the vehicle, even if they are asleep or covered by a blanket, and not visible to a passerby.

According to Toyota, the radar can sense “micro-movements,” such as respiration and heartbeat, in all three rows of the Sienna, the cargo area and the footwell. Judging from the size, posture and position of the occupant, the system is then able to classify them as an adult, child or pet.

Once something or someone has been detected, Cabin Awareness provides an array of warnings to help alert the driver (or passersby) to check the back of the vehicle. First, a warning light signals on the instrument cluster, then the horn honks and emergency lights flash. After this, the owner can be notified on their phone through the Toyota app and by text messages.

Cabin Awareness is even able to send alerts through smart home devices or text messages to emergency contacts, such as friends or relatives. And if none of these works, first responders can be contacted via Toyota’s emergency assistance system, Safety Connect.

America’s most recent statistics on heatstroke deaths are alarming. According to the non-profit Kids and Cars, in 2021 no less than 23 children died after being left in vehicles. On average, one in four children who died in a hot car obtained access to the car while it was unattended or not operational.

The tech could bring other future benefits, too, potentially being used on driverless shuttles, for example, to alert parents when their children complete a ride. Or a shuttle could delay starting its next journey if it senses someone is still onboard upon reaching its destination.

Although other technologies on the market aim to deliver similar functionality, all have their drawbacks according to Toyota. Weight sensors can be prone to false alerts, cameras are limited by blind spots and other radar systems have a limited range of passenger detection.

The idea of Cabin Awareness was conceived in 2019 during the Toyota Connected Hackathon, an event where software designers and engineers were challenged to come up with innovative solutions. It was inspired by microwave radar tech created by NASA to support underground rescues after an earthquake in Nepal in 2015.