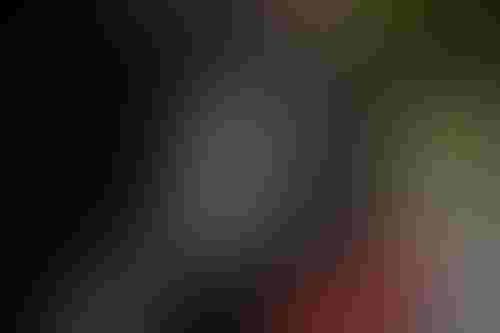 Swedish automotive giant Volvo has invested in autonomous vehicle tech developer Foretellix, as part of the startup’s Series B funding round.

The pair began a partnership in March this year, to jointly create a coverage-driven verification tool for autonomous driving that operates both on public roads and in restricted areas.

“We think that the Foretellix business model and technology will play a part in future mobility. Foretellix can provide the Volvo Group with further insights into safe autonomous driving,” said David Hanngren, investment director at Volvo Group Venture Capital.

The venture capital arm of Columbus-based insurance company Nationwide also invested in the Series B round.

Foretellix was founded in 2017 by Gil Amid, Yoav Hollander, and Ziv Binyamini.

Both Amid and Binyamini previously spent a decade at Intel, working as VP of its client and IoT businesses group and a CAD engineer, respectively.

The startup’s system uses similar verification techniques from the semiconductor industry to provide a quantifiable approach to safety and hyper-automation to test various scenarios driverless vehicles may encounter.

The company said its system can ensure safety, while reducing development costs and time.

“The investment from Volvo further strengthens our partnership… and will help Foretellix to continue accelerating the safe deployment of increasingly advanced automated driving systems,” said Binyamini, the startup’s CEO.

Around the same time as its investment in the safety-focused startup, Volvo admitted that the global chip shortage has forced it to scale back the Driver Awareness add-on for its XC60 model.

“These features do not have an impact on the safety rating of our cars. The safety level of our cars is fully sufficient with the standard safety features."

Customers who ordered the Driver Awareness package can either receive their vehicle without the equipment or wait until it becomes available later.

From Gothenburg to Guangzhou

Volvo’s work in autonomous cars has seen it collaborate with Chinese company DiDi Chuxing to build a fleet of self-driving vehicles.

Volvo earlier had joined a host of automobile manufacturers to have struck a strategic partnership with Google’s autonomous driving subsidiary Waymo. The carmaker has a relationship with hardware giant Nvidia, with the latter’s DRIVE Orin system-on-a-chip used to power Volvo’s autonomous driving computer in its next-gen vehicles.

In July of this year, Volvo would see Chinese company Ecarx, a specialist in connected car tech, snap up a 15 percent share in its autonomous driving software subsidiary Zenseact.

That deal saw Ecarx invest in Zenseact’s autonomous and safety tech for the Chinese market. Ecarx was founded in 2016 by Eric Li, chair, and founder of Geely – Volvo’s aforementioned parent company.