Deliveries are part of a pilot program in Texas. 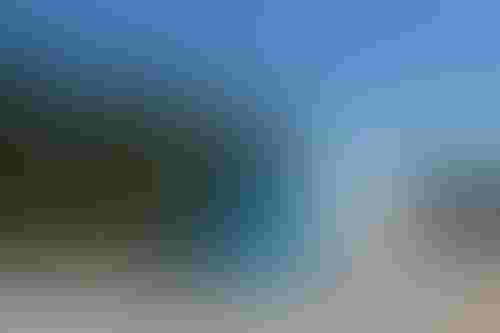 Deliveries are part of a pilot program in Texas.

The deliveries will take place as part of a pilot being conducted by Waymo and J.B. Hunt Transport Services along the I-45 corridor between Houston and Dallas in Texas.

Wayfair is one of J.B. Hunt’s customers, and it will use Waymo’s fleet for a six-week test in July and August. J.B. Hunt and Waymo previously used the I-45 corridor for a similar pilot a year ago.

Waymo, owned by Google parent company Alphabet Inc, divides its self-driving operations into two divisions. Waymo One is responsible for robotaxis currently in service in San Francisco, while Waymo Via is the company’s autonomous Class 8 trucking unit.

Both make use of the firm’s Waymo Driver self-driving tech.

For this latest pilot, the Level 4 trucks will operate autonomously, but be accompanied by two human specialists – a commercially licensed driver and a software technician. They will be in the cab for the duration of each trip to monitor the performance of the Waymo Driver.

Throughout the six-week pilot, J.B. Hunt, Waymo and Wayfair will evaluate data relating to delivery logistics, loading and unloading freight and autonomous performance.

It will mark the latest step in the collaboration between J.B. Hunt and Waymo – who have a long-term vision to deliver fully autonomous commercial freight transport – and will aim to build on the previous pilot, where more than 862,000 pounds of freight were moved, with no accidents and 100% on time pick-up and delivery.

“Real-time testing with customers like Wayfair is critical to making autonomous freight movement a viable solution in the future,” he said. “Every supply chain is unique, so it’s important that customers can work alongside J.B. Hunt and Waymo to ensure that advanced autonomous technology will create capacity that meets their needs.”

Waymo is steadily scaling up its activities in the area of autonomous deliveries, having recently announced a partnership with Uber Freight

. This will initially see Waymo’s own test fleet of Waymo Driver-equipped trucks join the Uber Freight platform, which connects truck drivers with shippers.