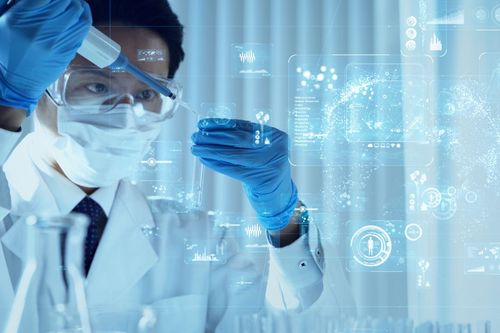 If AI-powered personalized health care hurts business, will drug companies squash it? An opinion piece by the head of healthcare tech at Informa Tech.

Drug development is experiencing a major crisis. Consider the following: Adverse drug reactions are reportedly among the leading causes of death in the U.S. Some research has reported that most new drugs provide no benefit over existing treatments. Costs of new drug development have spiraled in recent years and the risk of rejection by regulators is high.

Precision medicine could be a major part of the solution to this crisis. The White House’s Precision Medicine Initiative defines it as an emerging approach for disease treatment and prevention that takes into account individual variability in genes, environment, and lifestyle for each person.

This is an approach that lets physicians select a treatment with the best chance of working for that particular individual. This contrasts with the conventional ‘one-size-fits-all’ approach, where treatments are administered based on the diagnosis alone, and the patient’s individual characteristics are not taken into account.

AI is the key

A 2021 study I led showed that AI can successfully predict the outcomes of clinical drug trials, based on a range of standard data (age, clinical history, symptoms, etc). Targeting participants for clinical trials on this basis is known as ‘clinical trial enrichment.’ It has the potential to bring huge cost savings for drug companies. But more broadly, the same principle of using AI to predict clinical outcomes could also lead to more targeted treatments, i.e. precision medicine.

But there is a very important question here, which is almost never discussed. What are the financial implications of precision medicine for the pharma companies involved? We need to understand the consequences of this ‘emerging revolution.’ Who are the winners and who are the losers? The story may be rather complex and highly paradoxical. It may also give us reason to worry.

Imagine a world where there are two drugs for prostate cancer: Drug A, produced by Company A, and Drug B produced by Company B. Drug A and B have a different mode of action but are similar in terms of efficacy, side effects and price. The two drugs are reasonably effective – they work in 50% of cases. However, Company A has a better sales network and so Drug A is the market leader, prescribed in 80% of cases. Drug B is prescribed for the remaining 20%. Since Drug A and Drug B are similar in price and effectiveness, there is little pressure for market share to change.

What happens next? Physicians run the algorithm on all prostate patients. They will prescribe Drug A to the 50% of patients the algorithm selects. The response to Drug A is much improved, because it is now only prescribed to the 50% of patients who will respond well to it. But for the patients not selected by the algorithm the physician opts to prescribe Drug B. This is reasonable, because the physician can be confident that Drug A will not work for this patient, so Drug B is probably a better bet – all things considered.

So what do people make of this new situation? Doctors and patients are delighted because Company A’s implementation of precision medicine has meant much-improved treatment. The sudden difference in effectiveness means there is suddenly pressure for market shares to change. But Company A’s market share has reduced from 80% to 50%. Financially, it is a disaster for them, and great news for their competitor who did nothing but sit by and watch.

This is quite a paradox. Precision medicine has been great for patients, but a disaster for Company A that developed it.

Now flip the situation: Company B (the smaller company) developed the algorithm. What happens now? Again, physicians run the algorithm on all prostate cancer patients. Half of the patients are selected for Drug B. For the same reason as described above, the other 50% of patients are selected for Drug A. So, Company B goes from having 20% market share to having 50%. Once again, the smaller company has an advantage.

This is a simplified model but indicates that there may be structural biases giving smaller companies an advantage when it comes to the implementation of precision medicine. This suggests that more dominant companies may tend to have a financial incentive to crush the development of precision medicine. The smaller company has everything to play for, but the dominant company has everything to lose.

Company A likely has much more power and influence than Company B. Company A may even have significant influence over the medical profession, the regulator and even the government. The pharmaceutical industry is well known for having a strong lobby in Washington.

Within the medical profession, AI and precision medicine is on everyone’s lips and rightly so. However, there may be financial dynamics with precision medicine that are quite paradoxical, and which could pose real obstacles to its progress. These are interesting and provocative issues, with potentially important consequences, and which require careful thought and critical examination.