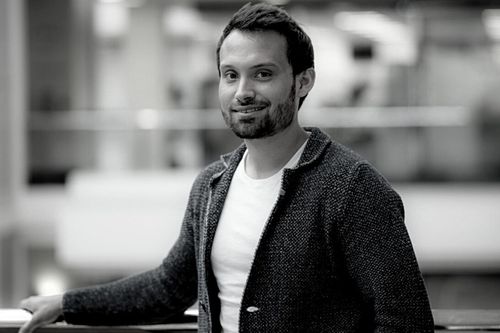 As world leaders and activists continue with COP 26 climate talks in Glasgow this week, energy companies face renewed pressure to respond to the threat of global warming.

At the same time, the energy sector must cut 12.5 gigatons of greenhouse gas emissions annually.

This goal forms part of an ambitious roadmap set out by the UN environment program to reduce 30 gigatons by 2030 and ensure a safe future below 1.5 degrees Celsius, in line with the Paris Agreement.

Separately, the UK government has committed to slash emissions by 78 percent by 2035 as part of a plan to reach net-zero by 2050.

Energy suppliers are caught squarely in the middle of this friction between booming demand and climate mitigation.

As investors, consumers, and regulators watch on with a scrutinizing eye, the world’s leading power companies are under pressure to act responsibly, adding efficient and climate-friendly tools to their armory.

The transition to renewable energy is a critical part of this equation, but so too is the role of technology in crafting smarter, less wasteful systems.

AI, in particular, has a crucial part to play in refining the turbomachinery of steam engines seen in many power plants and industrial applications worldwide.

In a new era of carbon emissions, design efficiency rules all

Measuring the full impact of carbon emissions is a costly and difficult prospect for any company, and it's also just one element of a wider battle.

In order to cut emissions, many operators recognize that the smart move is not to make them in the first place.

It’s this preemptive challenge that makes AI, with its ability to learn by experience, a superpower for the energy sector.

For example, it can be used to predict fluctuating demand for renewable energy not only in response to variables such as weather but also as a result of factors such as altitude, festive holidays, or large-scale international events.

Equally, it can also be used to refine the design process of steam engines: a central piece of technology, which – on becoming more efficient – can have a pivotal effect in cutting greenhouse gases from the point of source.

Improving these steam engine turbines comes with huge benefits for the environment: a one-point efficiency improvement is enough to save nine billion pounds of CO2 per year, says engineer Eric Gebhardt, a general manager at turbine manufacturers General Electric Energy.

A collaboration we’ve led this year with Siemens Energy has given our team at Monolith AI a front seat to the relationship between turbine design and efficiency.

We used our machine learning models to clean, process, and train raw data from the company’s steam turbine blades, to analyze the thermodynamic efficiency of their new designs.

After the AI model was validated as accurate and reliable, we integrated it into the existing engineering workflow to fully automate it.

With the Monolith platform in place, engineers from Siemens Energy could directly consult with AI insights from the steam turbine, using it to facilitate seamless decision-making in a rapid and watertight way.

AI: paving the way to a renewable energy future

Accurate forecasts of power generation and net-load are vital to reducing carbon emissions for energy companies, and so too is the ability to continually optimize design and performance in the engineering process.

These capabilities are enabled by AI, for the most efficient, flexible, and innovative system possible – on both an industrial and operational level.

As well as minimizing emissions with efficiency savings, AI-powered insights can help maximize the use of renewable energy resources.

With global warming hanging precariously in the balance, the energy sector stands at the cusp of some major challenges right now.

And just as they always have been, engineers are central to the solutions that will come next.

Dr. Richard Ahlfeld is the CEO and founder of Monolith AI, a company that reimagines how engineers design and develop products using machine learning. Prior to founding Monolith, he was a fellow for machine learning at Imperial College London, working, among other things, on the NASA Mars rocket.