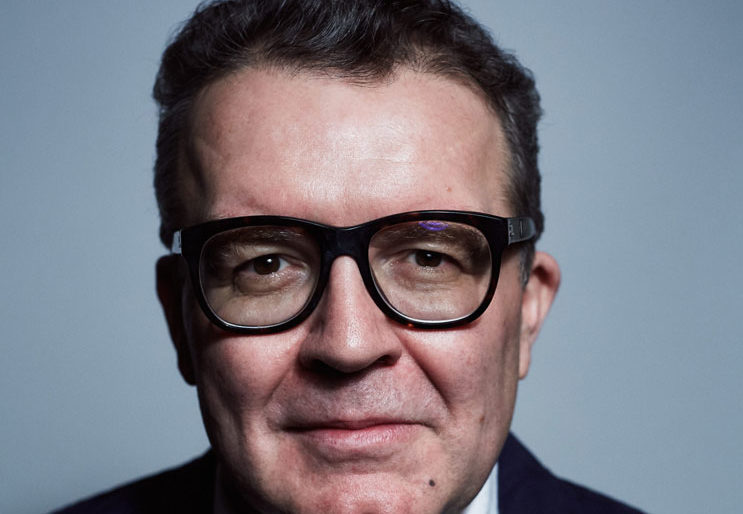 As whispers of another UK election grow louder, Tom Watson, Deputy Leader of the Labour Party and Shadow Secretary for Digital, Culture, Media, and Sport, could soon play a pivotal role in the future of AI in Britain. In this world exclusive interview for AI Business, Watson outlines his views on how a Labour government could use AI and automation to address inequality and the future of public services, as well as deliver improved working and living conditions for all. 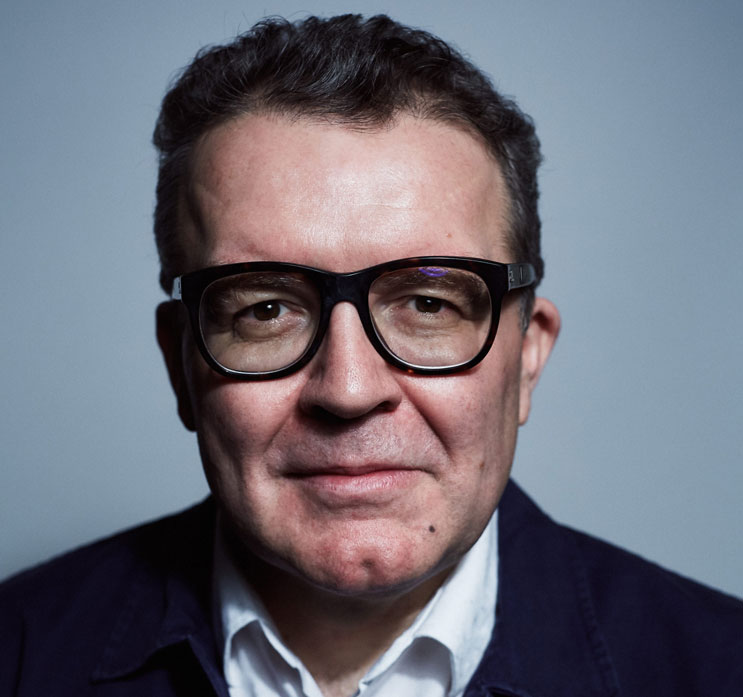 LONDONTom Watson has been labelled many times during the course of his 20-year career as a Labour politician. Since calling for Tony Blairs resignation back in 2007, he gained a reputation among some as Labours arch-fixer. Today, as deputy leader of the Labour Party, hes often seen by some on the left (ironically) as a Blairite opponent of the partys leader, Jeremy Corbyn. To Britains tabloids, he is a bruiser, hellbent on muzzling the press.

Of course, Watson is much more complex than any narrow political label can encompass. He rose to public prominence for his investigative work into the phone hacking of members of the public by tabloids like News International, as well as his outspoken opposition to the so-called Snoopers Charter and previous governments net neutrality efforts. Based on his voting record, its clear that Watson is a committed proponent of accountability, privacy, and transparency.

What perhaps makes him unique among MPs, though, is his love of technology. The co-Chair of the UKs Future of Work Commission and a self-professed gamer, Watson has been a pivotal, tech-savvy voice within Parliament for well over a decade, holding successive governments to account on issues around the digital economy, media transparency, and privacy.

Elected to the position of Deputy Leader in 2016, Watson promised a digital revolution in the Labour Party, playing a key role in overhauling how the party connects with voters and encouraging the creation of what he calls the foundations of a more joined-up and technologically aware organization, starting with canvassing apps. Watson is a firm believer that, if political parties are to remain relevant and in touch with communities across the country, they must embrace technological changeor be left behind. The party's grasp on digital media is one of the key reasons, analysts suspect, that the party did so well at the 2017 elections.

We are in the golden age of the knowledge economy, yet the government seems to have no plan for ensuring the rewards of this age are equitably shared.

Politicians are, of course, always keen to show off their tech-savvy credentials. Earlier this year, the current Conservative government made plenty of noise about their new Industrial Strategy, which includes a £1 billion commitment to investing in skills, start-ups, and infrastructure for the UKs burgeoning AI sector. What Watson believes the government has failed to do with this proposal, however, is put clear policies in place to mitigate the effects of AI and automation on the workforce; instead adopting an unimaginative, Zuckerberg-friendly, hands-off approach to tech.

We are in the golden age of the knowledge economy, yet the government seems to have no plan for ensuring the rewards of this age are equitably shared, Watson argues. There is no minister responsible for the new technologies you mention. No special cabinet committee has been set up to come up with solutions. There is no Royal Commission to look at the economic impact robots will have, or the ethical dilemmas they will pose.

The situation is worsened by the failure of the government to tax these tech giants. The success of big tech platforms like Google, Amazon, and Facebook has seen huge amounts of cash accrue to their balance sheets, but very little investment in social infrastructure, education, skills, and health.

Labour would go much further in regulating the technology marketto not only prevent monopolies, but to also bolster the British startup ecosystem. We need to look at the reintroduction of more public interest tests when it comes to the digital era. Not just labour protections, but also, holding people to account for their corporate leadership of organisations, Watson says. We have to stop giant technology companies hoovering up all our creative startups in the digital and media space and becoming monopolies that prevent new media models from having any chance of competing in the new media market. Its the governments job to get that market right, and they are failing to do so.

For all the medias talk of a hostile takeover of the Labour Party by ideological dinosaurs, the conversation around policy within the party today is nothing but forward-looking. The growth of the party to over 850,000 members and paid supportersmore than the membership of every other political party combinedhas undoubtedly generated a febrile intellectual climate.

Populist, but decidedly old-school policies around affordable housing, the renationalisation of key utilities and the railways, and social security are still a hit on the doorstep. Alongside these, however, the party is assembling plans for a National Education Service, which aims to provide lifelong reskilling opportunities for the age of automation; a National Investment Bank and regional investment banks to boost SME and co-operative growth; as well as forward-thinking policies on the digital economy and new media. Theres even talk of universal basic income trials.

Political parties will need to embrace technological change or be left behind.

As far as Labour is concerned, the conversation around AI and the tech sector is inseparable from the partys stump issues: inequality, working conditions, and public investment. This is evident, for example, in policies recently announced by Jeremy Corbyn, which would see taxes on big tech and digital media firms like Facebook, Google, and Netflix subsidising the BBC. Last year, Amazon paid £15m in tax on European revenues of £19.5bn while UK public spending has undergone significant cuts since 2010which is perhaps why the large tech companies are now being asked to pay more towards public coffers by a party whose core policies would see a greatly increased role for the public sector.

Labours current policies are bolstered by a recent report from the IPPR Commission on Economic Justice which identifies AI and automation as a core generator of rising productivity and cheaper goodsbut also a significant risk factor in boosting inequality. It estimates that, in the UK, jobs paying less than £30,000 are five times more susceptible to automation than jobs paid over £100,000. If unchallenged, the report argues, AI could lead a fall in the share of national income going from labour to capitaland without policies to address these inequalities, the living standards of a majority of the workforce are bound to fall.

AI & automation: two of the most urgent issues facing the country

For Watson, these issues go far beyond tax receipts; they represent a looming crisis for a workforce that has already seen a twelve year decline in real-terms wages. Automation, he says, is one of the most urgent issues facing the country.

Never have we seen such a change in the landscape of the labour market. We already have an hourglass economy, with plenty of room at the top for those with existing wealth and access to capital, and a wide, flat base of lower-paid jobs that cannot be automated, Watson explains. We are becoming a country of affluent leaders, and struggling workers, with less space in the middle and fewer chances for progression.

These new technologies will exacerbate this trend. Unlike previous waves of industrial progress, it is not just working-class [manual] jobs that automation threatens. Automated systems are diagnosing diseases, writing annual reports, researching criminal cases in court, designing software, and pouring our coffee.

Todays so-called gig economy provides, Watson argues, some hint of whats to come if AI and automation policy is not formulated effectively: a winner-takes-all economy, in which the benefits of automation accrue to those who own or control the new technologies that make it possible.

It is crucial that as a nation we develop a new, modern industrial strategy, fit for the second machine age and the epoch of drones, bots, and artificial intelligence.

Emerging technologies are changing the nature of work and transforming communities, but as weve seen with Uber, online job platforms can also mean that workers can end up with none of the traditional workers rights that Labour has fought so hard over the years to establish, Watson says. No sick pay, no pension, no protection against unfair dismissal, and no ability to organise for better conditions. We need to ensure [that] everyone benefits from the explosion of entrepreneurial energy [new technologies] have unleashed.

Watson believes that the country needs a new, modern industrial strategy, one that is fit for the second machine age and the epoch of drones, bots, and artificial intelligence. This strategy, he says, must address head-on this hourglass economy, as well as the future of the professions, the skills gap, and the need to spread prosperity. All of this is ultimately necessary if the UK is to claim its share of the benefits that automation will bring.

Bringing the state into the 21stcentury with AI

To further combat these risks, Watson would like to see a Labour government create a new institution, one that brings together trade unions, employers, and government to establish how the time liberated and wealth created by automation is both shared equitably and that workplace rights are protected.

That also means, he says, properly involving workers in the adoption of new technologies: Employees have a long-term interest in the success of a business. If they are properly involved in decisionmaking and strategy, and if new technology is introduced with their participationnot imposed on themthen everyone stands to benefit.

You only have to look to how AI is already being deployed across Britain to understand what this might look like. The NHS, for example, is already benefiting from solutions by the likes of DeepMind Health, with many more proposals in the pipeline for delivering better hospital care. A recently-announced AI radiographer, for example, utilises deep learning to read an x-ray over 50% more accurately than its most accomplished human counterpart.

The transformation of the public sector will be bolstered by the boom in tech start-up clusters across the country, which Watson argues is helping to revitalize cities from Aberdeen and Cardiff to Liverpool. The skills being developed could have a significant impact in how local services in these areas are delivered; local authorities could, he says, leverage these skills and organisations to develop their own apps to deliver services to residents.

Ultimately, Watson believes that health, education, and local authorities could all benefit from the changes that AI will bring. Thats why we need to make sure we make the policy, educational, and legal changes needed now so that we are prepared to fully take advantage of the benefits these changes will bring. 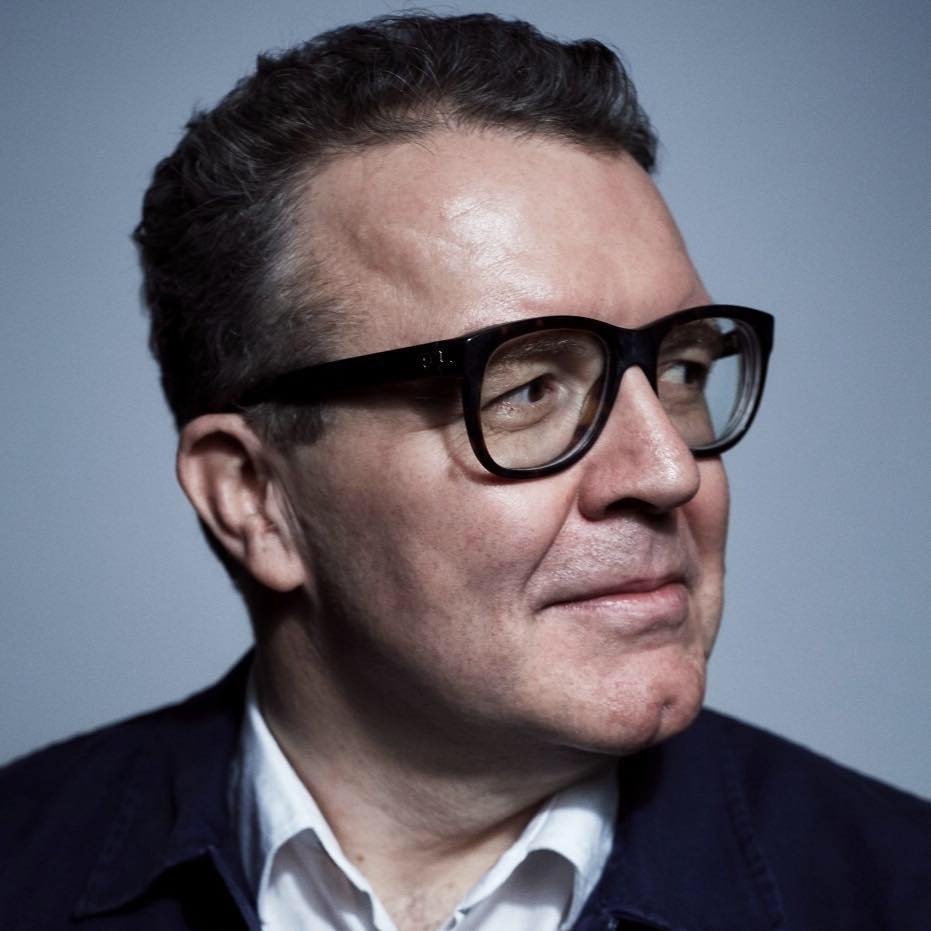 Tom Watson is Deputy Leader of the Labour Party and Shadow Secretary of State for Digital, Culture, Media, and Sport.