Versailles to AI: How Louis XIV Paved the Way for Europes AI Hub
by Ciarán Daly
5/24/2019 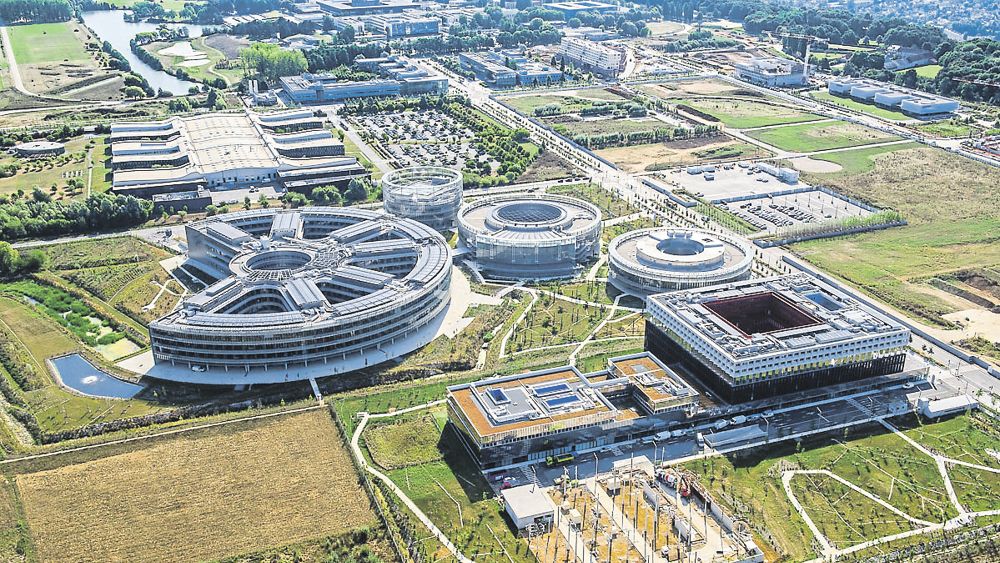 PARIS - What if I told you that Louis XIV inadvertently opened the door for artificial intelligence research to flourish on a rural plateau 40 minutes from the heart of Paris? It may sound far-fetched, but hear me out.

Louis XIV, the so-called Sun King, was a dedicated patron of the arts and sciences. In the 17th century, Louis XIV decided to invest in the latest technologies of the day, notably in textile and porcelain manufacturing, to spark innovations that he could show off at his palace in Versailles. He also used his château as a place to highlight the latest scientific breakthroughs, like when court bore witness to the first 'manned' hot air balloon flight -- albeit with a duck, rooster and sheep on board.

These anecdotes are entertaining, but the most important takeaway is the power of concentration and collaboration for researchers. By gathering a critical mass of the eras leading minds on the Saclay Plateau, Louis XIV (along with his son and grandson after him) essentially built the precursor that would become the spearhead of French and European innovation. Successive movements like the Enlightenment and French Revolution compounded and accelerated this existing trend, bringing new disciplines and thinkers into the fold.

Fast forward to the 20th century, during which Saclay welcomed a wave of arrivals. The CNRS (National Center for Scientific Research) chose to set up shop in 1946, followed by the CEA (French Atomic Energy Commission) in 1947 -- both attracted by the areas proven track record of scientific expertise. The renowned École Polytechnique, founded in 1794 and famously requisitioned by Napoleon to train military engineers, relocated to the Saclay Plateau in 1976, accompanied by its numerous Fields Medal winners and unrivaled mathematicians.

Then came the engineering schools: Télécom ParisTech, Centrale, ENSTA, and so on... Unsurprisingly, it did not take long for worlds largest companies to recognize the Saclay Plateau as a premier destination to source talent. Google, IBM, Fujitsu, Samsung... all have set up their artificial intelligence R&D centers in Saclay to take advantage of these strengths. By joining forces with other multinationals already present like EDF (Électricité de France), Thalès or Danone, they are able to easily collaborate with the best AI laboratories in Europe, such as INRIA and CEA-LIST.

Since the 1980s breakthroughs in Saclay have had a major impact on the digital revolution, including inventions by Nobel Prize winners like Pierre-Gilles de Gennes liquid crystals and giant magnetoresistance (GMR) that led to Albert Ferts first gigabyte hard drives -- to name only a couple examples. In the past years, this ecosystem also brought applied technological bricks to the autonomous vehicle industry, the automatisation of aircraft maintenance and the emergence of industry 4.0.

Some of the best machine learning algorithms like open source Scikit-learn were also created in Saclay and are now used by a worldwide community of scientists and startups. Next-generation AI is also well underway in Saclay, refining encryption techniques, assisting healthcare professionals and working toward full explainability of deep learning algorithms, among many other high-stakes topics.

What does the future hold for Saclay? One thing is for certain: this centuries long trend of discovery, exchange and innovation will continue. Major developments are underway to expand the commercial and residential real estate offering; build public spaces and parks; and provide modern, autonomous transit links to the center of Paris to better accommodate newcomers, be they Fortune 500 companies, fledgling startups, researchers or students. For example, the DigiHall project is gathering Europes largest concentration of academic and industrial researchers to tackle some of todays most pressing challenges in areas like health, cybersecurity, mobility, energy, environment and defense.

Paris Region Entreprises work closely with the local actors on the Plateau to connect newcomers with this vibrant ecosystem. Can the Saclay Plateaus fertile innovation playground be a part of your next endeavor? We venture the answer is yes, and were standing by to discuss your plans, develop an ironclad business plan, make connections and get your operations up and running so you can take your business to new heights. Maybe thats why they chose a location 166 meters up in the air...