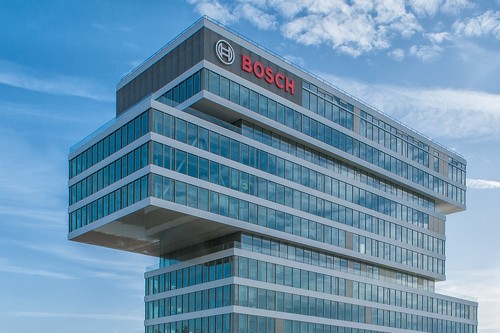 Highlighting innovations ranging from industrial AI and healthcare to security and intelligent navigation on the moon, German industrial giant Bosch laid out its vision for artificial intelligence at the CES Media Day on Monday.

The organization’s roadmap was detailed virtually by Michael Bolle, chief technology officer and board member.

He said Bosch was pursuing development of industrial AI which deals with connected things, rather than people.

“For many other tech companies, artificial intelligence is primarily about creating models of human behavior, focusing especially on purchasing preferences,” Bolle said.

“Our approach, by contrast, focuses on the world of objects and their interaction with their environment. Whether in an automotive emergency braking assistant or when identifying faulty parts in production – in these cases, artificial intelligence is not telling machines what people are doing, but explaining the physical world to machines. In this way, we can enable intelligent behavior and optimize the way they work.”

In healthcare, for example, Bosch has worked to create faster testing for COVID-19. “Using our mobile Vivalytic medical analysis device, we developed the PCR test in six weeks and launched it in March of last year,” Bolle said.

“Offering an initial time-to-result of two and half hours, we have since shaved this down to less than 30 minutes for positive samples. We’re currently ramping up production with the aim of increasing our testing capacity to three million this year. As for how it harnesses AIoT, this connected device gets software updates via our Vivasuite cloud platform – all it needs is an internet connection.”

Bosch’s Security and Safety Things startup focused on a different pandemic-related need, allowing cameras from different manufacturers to be equipped with customized applications.

“Among these is an AI-based one that enables customer numbers in retail spaces to be automatically detected and limited in accordance with local COVID regulations, or the presence of facial coverings to be verified,” Bolle explained.

As for wearables, Bosch Sensortec developed AI-enabled, self-learning motion sensors for portable devices, enabling them to recognize and record any type of fitness activity based on repetitive, cyclical patterns.

“Thanks to the use of edge AI, where AI runs on the sensor itself, not only are latency and power consumption minimized, but user data remains fully private, since it doesn’t need a cloud connection or tethered smartphone to work,” Bolle said.

Bosch announced an AI training initiative for its employees at CES 2020, and Mike Mansuetti, president of Bosch North America, provided a status update at this year’s show: “We’re well on our way to training 20,000 of our associates in the principles of AI and we recently launched an apprentice model focused on software engineering, or as we call it, our IoT apprenticeship, in the United States.”

The goal of the 12-month program is to recruit talented non-engineers with transferable skills and train them in system architecture, design, and coding.

In addition to earth-bound AI innovation, Bosch has been working with NASA on extra-terrestrial applications. “Our technology is going to the moon as part of NASA’s Tipping Point program,” Mansuetti said. “We’re going to be researching and developing technology for intelligent autonomous navigation and the wireless charging of small robots on the lunar surface.

“These shoebox-sized robots – called CubeRovers – will be equipped and trained to navigate the moon’s harsh, unpredictable conditions and get themselves to a docking station in an environment where GPS is not an option. Our researchers in Pittsburgh and Silicon Valley will be contributing their expertise in AI-driven intelligent data analytics and wireless connectivity solutions, with a goal of having the system demonstration-ready by mid-2023.”

“A major pillar of our strategy at Bosch is driving forward advances in AIoT – where AI meets the Internet of Things,” Bolle added. “These two strategic paths are strongly intertwined, with AIoT and data often holding the technological key to enabling greater sustainability.

“This is the case, for example, with our cloud-based Energy Platform, which optimizes equipment and processes in manufacturing operations. It uses intelligent algorithms to help predict energy consumption, avoid peak loads, and correct deviations in typical patterns of consumption. This helps reduce CO2 emissions in six of 13 factories.”

Bosch has deployed the solution at more than 100 of its own locations, including in Charleston, South Carolina, and is marketing it to third parties.

The company has also published a code of ethics for the development and application of AI, especially related to cases of doubt and dilemma.