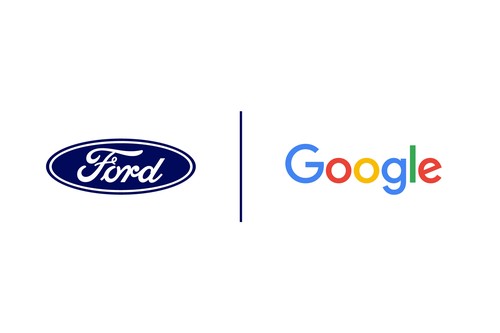 Ford has become the latest car company to secure a major deal with Google.

The American auto-maker will follow in the footsteps of Volvo, General Motors, and Renault-Mitsubishi-Nissan by using Google’s Android OS to power the infotainment systems.

The arrangement will start from 2023 and will last at least six years.

Ford says the deal will go further than that, with the company using Google’s expertise in artificial intelligence, machine learning and data to accelerate its own digital transformation.

Later this year, Ford will start using Google Cloud in a number of ways to assist in modernizing its operations. A new collaborative unit, Team Upshift, will be established to help with delivery of new tech and personalized services to improve customer experience.

Ford said it is considering applications of AI in product development, manufacturing, and supply chain management by way of employee training and ensuring more reliable equipment performance in factories.

It believes Google will be able to help implement data-driven business models that would allow customers to receive notifications in real-time – such as for maintenance requests or trade-in alerts.

For customers, though, the most tangible element of the partnership will be the overhaul of in-car tech from 2023 onwards, across both Ford and Lincoln models.

Thanks to Android powering the infotainment systems, customers will have access to Google’s voice-activated Assistant and Google Maps; other vehicle-optimized apps will be available without the need for a smartphone, through Google Play. High level of integration will allow Google Assistant to operate car functions like climate control.

“Most automakers already have decided if they want to lead change or cede it to others. We continue making clear through our words and investments that we plan to disrupt. But not alone. We will partner for expertise and efficiency and learn from the best so we can bring more value to the customer.”

Google isn’t the only Big Tech firm muscling in on the car industry. General Motors recently announced a partnership with Microsoft, while Hyundai is reportedly discussing a deal with Apple.