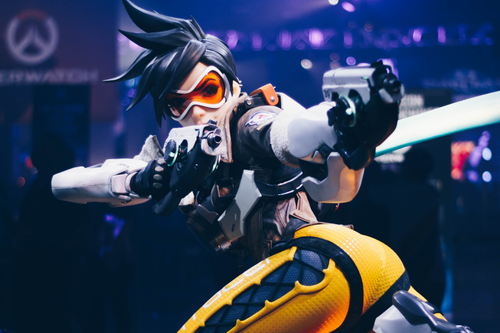 IBM’s Watson will oversee the number-crunching during the upcoming season of Overwatch League.

The Watson platform will be used to determine the best attacker, defender, and overall player following weekly e-sports matches.

Overwatch is a team-based first-person shooter video game where players pick from a selection of heroes and compete in several game modes, many of which require tactical thinking in addition to quick reflexes.

Since its initial release in 2016, it has gone on to become an immensely popular – and lucrative – e-sport.

Power Rankings with Watson will see the performance of teams and players evaluated using AI; IBM said this will give owners, coaches and players a way to assess talent, and fans – a new way to engage with the game, and with each other.

It took the company two months to create the necessary models, pulling together data scientists, AI specialists, and software developers to work together through IBM’s Area 631 program.

The resulting AI model analyzes over 360 different stats from League matches, covering everything from accuracy and healing rate to how quickly players build up their ultimate.

The Power Rankings will be updated after each week’s matches, with IBM receiving information from games directly via its Overwatch League data center, which is then fed into Watson – with the platform taking just an hour to aggregate the data.

Overwatch Esports vice president Jon Spector commented, “We’ve got really talented analysts that follow our players and teams, but there is so much happening in these matches, no human being could possibly observe and evaluate it all.”

“We needed a way to capture and analyze every move from every player and feed all that insight into a ranking system that was totally objective and reliable.”

IBM and Overwatch League signed a multi-year deal in October 2020, with the agreement seeing IBM providing its cloud and artificial intelligence tech during game broadcasts.

Corey Shelton, a digital strategist at IBM, admitted his love for the game, describing it in a blog post as being fast-paced and complex, and requiring “a mix of skills and capabilities from each of the six players on a team.”

“Because each game generates a tremendous volume and variety of data, the Overwatch League struggled to objectively assess the performance of players and teams. How could the League compare player A to player B – or to player B, C and D when each player is playing a unique hero in a different game mode on a different map?”

“We played a lot of Overwatch. We pulled a ton of data. And, because we were having fun while working, we worked very hard and made fast progress,” Stephane Rodet, the lead UX engineer on the project, said. “But it just goes to show that when you put the right people together with the right technology, you can solve even the most difficult problems.”

Spector added, “This is a great source of conversation for our fans and our broadcasters. And Overwatch League fans love debating stuff like ‘who is the best main tank in the world?’ The Power Rankings make that conversation richer and more fun.”