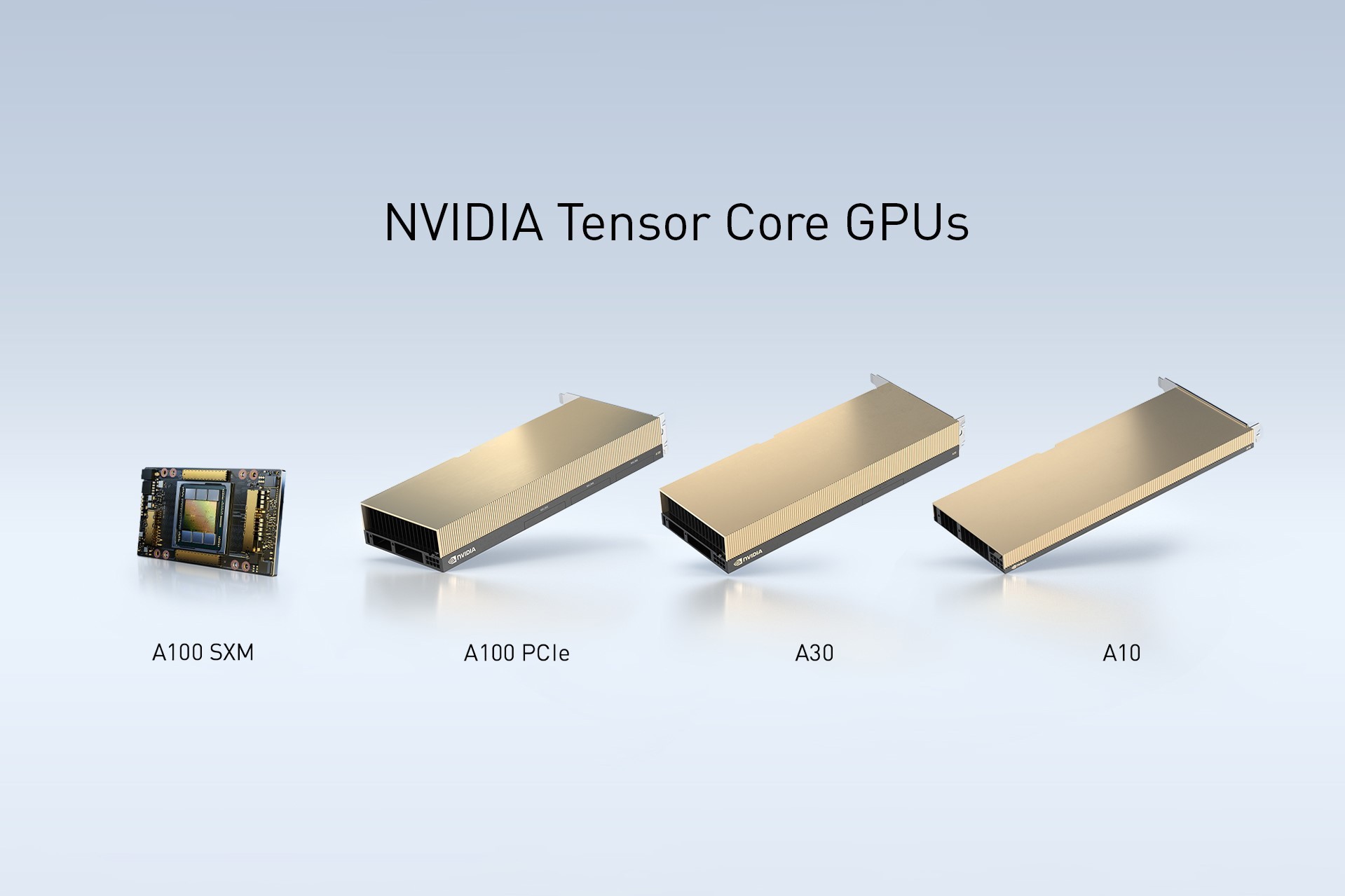 Smaller PCIe accelerators to complement the A100

Chip design giant Nvidia has added two GPUs to its server line-up, the A30 and the A10.

Both are less powerful and cheaper than the company's flagship A100 GPU line, and aimed at a different set of use cases.

A GPU for every purpose

The A30 is based on the same compute-oriented Ampere architecture as the A100, and is designed for AI inference and mainstream enterprise compute workloads, such as recommendation systems, conversational AI and computer vision.

The A10, meanwhile, is not based on the same compute-oriented framework and is pitched for deep learning inference, interactive rendering, computer-aided design and cloud gaming workloads. It does not support FP64, which is required for most HPC set ups.

In the latest MLPerf benchmark testing program, Nvidia dominated – and was the only company to submit results for every test in the data center and Edge categories.

The A100 led the benchmark, but A10 and A30 also proved successful.

“As AI continues to transform every industry, MLPerf is becoming an even more important tool for companies to make informed decisions on their IT infrastructure investments,” said Ian Buck, general manager and vice president of Accelerated Computing at Nvidia.

“Now, with every major OEM submitting MLPerf results, Nvidia and our partners are focusing not only on delivering world-leading performance for AI, but on democratizing AI with a coming wave of enterprise servers powered by our new A30 and A10 GPUs.”

The new chips come just weeks after Nvidia announced that it plans to launch its own Arm CPU, Grace.