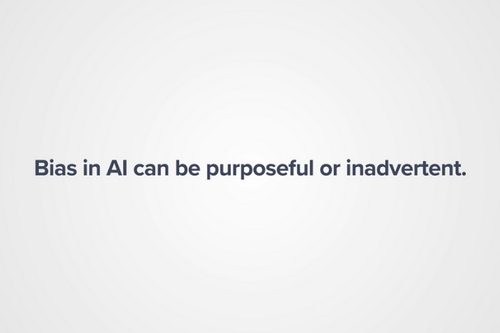 The National Institute of Standards and Technology (NIST) has published a whitepaper on proactive measures that can be adopted by developers to reduce the risk of bias in AI.

“Managing the risk of bias in AI is a critical part of developing trustworthy AI systems, but the path to achieving this remains unclear,” said NIST’s Reva Schwartz, one of the report’s authors.

“We want to engage the community in developing voluntary, consensus-based standards for managing AI bias and reducing the risk of harmful outcomes that it can cause.”

Some AI systems are built to model complex concepts like criminality or employment suitability, ideas that cannot be directly measured or captured in data, NIST said. The agency warned that potentially imprecise correlations in such models could lead to harmful or discriminatory AI outcomes – like wrongful arrests or rejected loans or job applications.

NIST said it came up with proposals to “counter the often-pernicious effect of biases in AI that can damage people’s lives and public trust” in the technology.

The agency is seeking comments on the whitepaper, with August 5 as the deadline. Respondents must compile their thoughts onto this form and be sent to [email protected].

The responses will be used by the authors to help shape the agenda of several collaborative virtual events NIST will hold in the coming months.

"We would like perspective[s] from people whom AI affects, both from those who create AI systems and also those who are not directly involved in its creation,” NIST’s Elham Tabassi said.

Tabassi is notably a member of the new National AI Research Resource Task Force, tasked by the White House to find ways to expand AI research and education in the US.