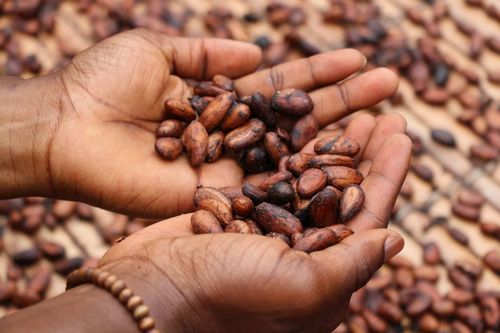 Experts warn lack of action would worsen problems on the continent.

Agriculture’s importance to Africa cannot be overstated. It comprises 24% of GDP and provides food, jobs and business to millions across the continent.

But the pandemic, growing unrest in Europe and various conflicts across the African continent led to soaring food prices, potentially leaving millions food insecure, according to Catherine Nakalembe, Africa program director at NASA Harvest and assistant research professor at the University of Maryland.

Speaking during the East Africa Com event, Nakalembe said many millions of Africans already face food insecurity, but that the compounding of issues has forced commodity prices through the roof – affecting even individuals who were significantly doing better before.

Daniel Huba, vice president of digital solutions for emerging markets at Mastercard, also provided a grim view of what may occur in the future.

“We are walking slowly towards a serious pandemic − of there not being enough food in the world in the next decade or so. Because of this, there is a lot of innovation that is happening and not just on the productive side of agriculture, but also as a means to reduce the cost of engaging in agriculture.”

Nakalembe said innovations have “a role to play” in providing information and opportunities to those previously underserved. “Businesses can grow and farmers have access to information they’ve never had before,” she added. 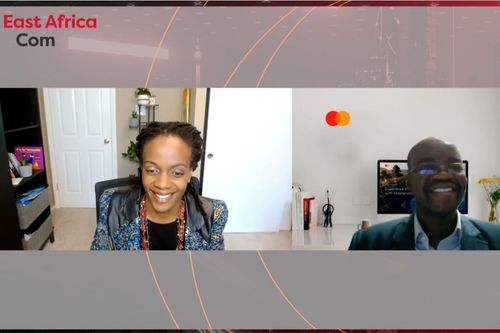 From left: Catherine Nakalembe from NASA Harvest and Daniel Huba of Mastercard.

Referring to Africa's rapid continent-wide growth and young population, Nakalembe said that access to innovation, technology and information could “raise many opportunities” for business and give farmers access to tools they’ve never had before.

“The internet is growing in Africa. There are huge investments and 500 million more people (coming) online in the next decade,” she added.

But where there is optimism, there was caution. Huba said the debate is whether certain ag-related innovations are successful beyond pilot schemes.

"There is a lot of agtech (companies) testing solutions. But what is important is to grow out that conversation and see how prepared are agtechs to be able to move to the next level, beyond pilot stages to start scaling but in a truly sustainable way.”

Further to his point, Huba said climate change is discouraging productivity and farmers are subsequently moving away.

“The majority of our agriculture is rainfed. The change in rain patterns (brought about by climate change) has drastically affected productivity, time to market, availability − and has therefore escalated prices.”

He called for a holistic approach when it comes to deploying technologies to consider climate change-related concerns.

Nakalembe affirmed that despite concerns, opportunities abound – but the benefits of tech in Africa have to impact everyone.

“The question is who will benefit from these opportunities. Farmers on the bottom do not have access to tech or information that they could act on. … If we were able to provide better information and delivery it, that could help them choose what to grow and grow better.”