Experts say don’t be afraid to test NLP models on live traffic, among other tips. 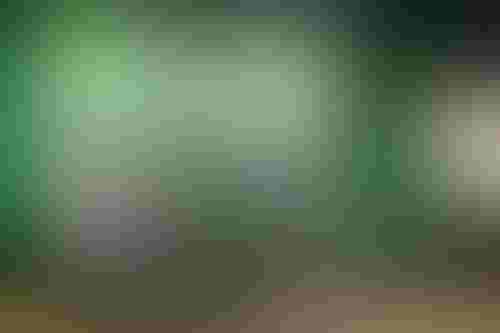 Natural language processing (NLP) experts from Google and Goldman Sachs offered expert advice on how to navigate the growing market.

At IoT World and AI Summit Austin, expert panelists navigated a market that Straits Research states will be worth $91 billion by 2030. Here’s what they said:

The main focus point for adopting NLP technologies and tools, according to the panel, was identifying either the problem you’re trying to solve or possible use cases.

Patrick Marlow, a conversational AI engineer, cloud AI Incubator at Google, said that enterprises “have to understand the use cases and stakeholders first.”

Another way to approach NLP solutions according to the panelists was to shop around and not build it yourself.

Marlow said most NLP tools are available off the shelf, and that building a system yourself isn’t wise.

“I see a lot of people trying to build brand new models, which can be done, but the question is why,” Marlow said. “Companies like Google, Meta and OpenAI have 30 to 50 years of research technology there that have been put into building these models to be the best that they can possibly become, and then be open sourced for the community to use.

“If for whatever reason you think that, ‘hey, I'm just going to go build a better model than what all of Google and Facebook could build together.’ I feel like that's maybe not the right approach to do it.”

Sai Krishna Rallabandi, senior data scientist at Fidelity added to Marlow’s point, saying not every solution is one size fits all. Rallabandi spoke of the need to pick and choose solutions based on specific needs.

Be wary of challenges

Among the challenges facing enterprises looking to adopt NLP tech, Rallabandi identified interoperability. By having multiple systems operating at once, he warned of the difficulty of getting them to communicate.

Marlow agreed, suggesting some customers lack the understanding or have been given misinformation as to how models work and whether they can, for example, pass data between one another.

Rallabandi also touched on the technology itself being the problem – like biases in speech recognition – and a lack of explainability.

The final tip the panel offered was to not be afraid when it comes to navigating NLP.

Liang has worked in and around technology at companies including Capital One, U.S. Bank and Think Finance, as well as Goldman Sachs, but she said her team only began their conversational AI journey two years ago,

“It’s never too late to get into a new field,” she said. “Don’t be afraid – AI and NLP are not new, never think you’re starting late.”

Rallabandi built on Liang’s point, adding, “don’t be afraid to not use conversational AI” – a comment Marlow agreed with, saying “sometimes, I just want a button.”

The Google conversational AI engineer closed the discussion with one final fear to avoid – “don’t be afraid to test on your live production traffic because that is where you’re going to get the most bang for your buck.”

“Don’t be afraid to try new things in production side by side because AB experimentation is super critical to getting good feedback,” he added.