Ingenuity will be man’s first object to fly on Mars 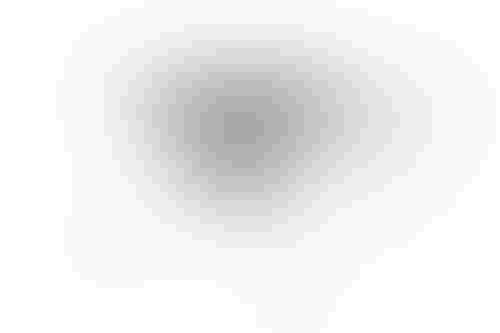 Ingenuity will be man’s first object to fly on Mars

NASA plans to fly a helicopter on Mars that will run on Linux and use artificial intelligence to navigate.

The system is currently held underneath the Perseverance rover, which landed on Mars on 18 February.

The Ingenuity helicopter will be the first aircraft to fly on Mars, should everything go to plan.

Last weekend saw successful aircraft system tests, just to make sure the hardware survived the long voyage and perilous landing. At some point in the future, Perseverance will deposit Ingenuity, drive a little way off, and watch it fly.

The system, a light drone, will make a series of 90-second hops to take photographs of the ground below. But NASA does not expect or need the photographs to be that useful – the flight mission itself is the primary goal.

This will be a technology demonstration, simply to show if autonomous helicopters can fly on the Red Planet. Mars has an atmosphere that is just one percent the density of Earth’s, surface temperatures that can drop to −153°C (−243 °F), beset by dust storms, and other atmospheric phenomena.

"We actually have a couple of orders of magnitude more computing power than the rover does, because we need it. Our guidance loops are running at 500 Hz in order to maintain control in the atmosphere that we're flying in. And on top of that, we’re capturing images and analyzing features and tracking them from frame to frame at 30 Hz, and so there's some pretty serious computing power needed for that."

Canham admitted that the autonomy on the system is pretty basic: "It’s sort of half-way autonomy. The brute force way would be a human sitting there and flying it around with joysticks, and obviously, we can’t do that on Mars. But there wasn’t time in the project to develop really detailed autonomy on the helicopter, so we tell it the flight plan ahead of time, and it executes a trajectory that’s been pre-planned for it.

"As it’s flying, it’s autonomously trying to make sure it stays on that trajectory in the presence of wind gusts or other things that may happen in that environment. But it’s really designed to follow a trajectory that we plan on the ground before it flies."

Future Mars missions are in development that would involve larger helicopters with more advanced autonomy, potentially flying around Mars using image recognition to look for specific rocks or features.

For now, though, NASA has Ingenuity. And – once a landing site is chosen – the agency will only have 30 days to test it out. The rover has other tasks to do, and can't wait around for Ingenuity forever, so NASA gave itself the Earth-month time limit to do around five flights.

The first few will be focused on testing how the system performs basic flight functions, but Canham said that NASA had yet to decide what it would do for the final two or so flights. "We may have a week or so to try some more exotic things," he said.

When and if it does take flight, Ingenuity will also be the first object to take Linux into the Martian skies. “The software framework that we’re using is one that we developed at JPL for cubesats and instruments, and we open-sourced it a few years ago,” Canham said. “So, you can get the software framework that’s flying on the Mars helicopter, and use it on your own project.”