A thought leadership piece from the CEO of Kao Data, which develops and operates high performance data centers for advanced computing. 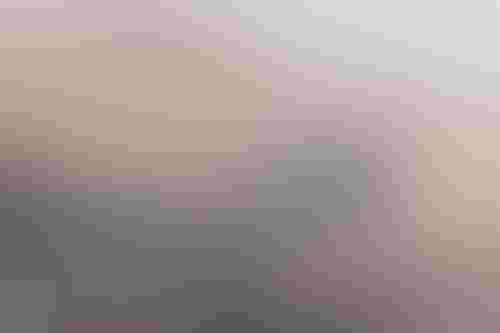 A thought leadership piece from the CEO of Kao Data, which develops and operates high performance data centers for advanced computing. Today Artificial intelligence (AI) has disrupted many of the traditional manufacturing industries, with some of the most rapid changes taking place within automotive, where GPU-accelerated technologies have replaced century-old working practices. Right now, every aspect of the business is being transformed, from logistics and supply chain management, to design and testing, and even sales and after-service. As autonomous vehicles complete their journey from R&D labs and onto public roads, AI is at the core of the new generation of services and will be pivotal to the industry’s future. While cars still play the traditional role of getting consumers from A to B, they remain a signifier of lifestyle and status, and are transforming into sophisticated digital products where the software is just as, if not more important than, the hardware. Most of the new AI-based functionality requires high performance computing (HPC) resources for machine learning training, and highly attuned parallel processing that is hard to deliver using traditional CPU-focused architectures. In fact, the car industry’s demand for AI and machine learning hasn’t been lost on NVIDIA who remains the world’s dominant AI hardware manufacturer.  Since 2019, NVIDIA has launched several innovative solutions aimed specifically at the automotive sector, including its DRIVE Hyperion development platform, DRIVE AGX Orin on-board computer, DRIVE Sim software for virtual testing, and DRIVE Constellation – a hardware platform based on NVIDIA’s DGX servers, designed to run car-related workloads in a high performance data centre environment. Technologies such as these are driving major advancements within the sector, and British manufacturer Jaguar Land Rover has recently become one of the first luxury car brands to utilize AI-powered compute to transform its product offering. Last month, for example, the company announced it was partnering with NVIDIA to jointly develop autonomous driving and connected services for all future vehicles using NVIDIA DRIVE and will leverage in-house developed data center solutions with NVIDIA DGX™ for training advanced AI models, with DRIVE Sim software built on NVIDIA Omniverse™ for real-time accurate simulation. Design and test Historically, however, the car design process relied on human expertise, intuition, and iteration, but this approach is fast-being replaced by software and mathematical models. TÜV SÜD, the German corporation known worldwide for its vehicle crash test certification, offers a wide range of virtual testing services for autonomous vehicles as a means to discover any weak points in the design or its components under real-world conditions, prior to any prototype being produced. Later, AI is also used on the production line, to detect defects and signs of botched assembly, and even track the amount of dust on the car body that could interfere with key consumer finishing aspects like the vehicle’s array of external sensors. Machine learning systems are also proving invaluable for electric vehicle (EV) research and development, where it is used to improve power efficiency by analyzing the impact of equipment such as heated seats, air conditioning, entertainment systems, and more. This approach enables EVs to drive for longer on a single charge and helps to address one of the key challenges of EV adoption, compared to fossil-fuel powered vehicles. Living in a simulation Autonomous vehicles and self-driving cars are not, however, a new concept. The first experiments with algorithm-controlled vehicles took place back in the 1980s, but it took another 40 years to refine sensors and computer vision to a point where they could guide cars along any road, and not just carefully mapped, empty circuits. Figure 3:

Source: Wayve For many, the initial years of commercial autonomous car development presented a ‘chicken or egg’ scenario where the machine learning models used to control these systems had to be made safe through extensive testing, yet manufacturers were unable to test them on public roads until they were deemed sufficiently safe.  The answer, as is often the case, came from an unusual and innovative direction - why not create expansive virtual worlds that would replicate all the key characteristics of real roads? This approach allows autonomous vehicles to drive millions of virtual miles, without any danger to drivers or pedestrians. In fact, countless self-driving car technology developers have embraced this kind of virtual testing as part of their R&D, including Alphabet-owned Waymo, Tesla and UK AI Start-up, Wayve. Wayve has fast become a key name in the autonomous vehicle race, choosing to utilize deep learning technologies and cameras rather than opt for Light Detection and Ranging (LiDAR) technology to guide its vehicles. LiDAR, for example, is a sensor-based technology that creates a map of the environment around it, and was commonplace in the early self-driving vehicle prototypes - being easily identifiable via rotating disks placed on the outside of the car. To cater for other virtual automotive testing applications, NVIDIA, which is already working with Kao Data on its Cambridge-1 supercomputer, has created a tool called NVIDIA DRIVE Sim being used by Jaguar Land Rover. Introduced in 2021 as part of its Omniverse digital twin platform, the software is intended for autonomous vehicle testing in a wide range of scenarios, and offers groundbreaking render qualities that could, almost, be mistaken for real-life video footage. Figure 1: 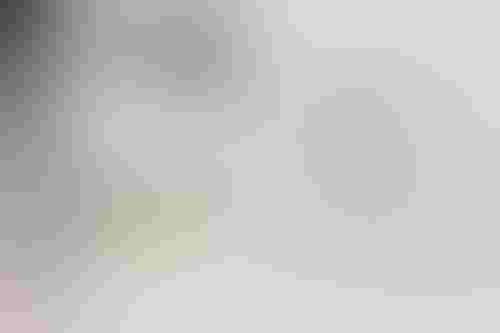 Image credit: Kao Data AI changing the sector – inside and out Today AI is changing not just how we drive, but how we interact with the car and how it, in turn, interacts with us. A simple example is virtual digital assistants (VDIs). Once only available on smartphones, VDIs have now become commonplace within our homes, and in some car models. Eventually, voice control in the automotive sector will become something customers expect as standard, and that all manufacturers will need to accommodate. AI is even changing the ownership experience of supercars as more high performance marques launch EV ranges. Part of the familiarization process for new owners is accepting the concept of 'let the car decide,' in particular, managing range and power. Through a continuous learning process, the car’s AI system builds a profile of the user’s driving habits and the rate of power consumption. Further, when selecting a new destination via the navigation system, the vehicle maps out a route which, given the users predicted driving style and consumption, will incorporate the necessary charging points, state of charge on arrival and estimate how long they will wait for charging. Some EVs also incorporate a sophisticated management system with ultra-fast charging capabilities. This feature allows the car to pre-condition and prepare the battery to charge at the fastest rate possible. Another exciting application of AI is in-car sensing, whereby manufacturers will equip the car with driver and passenger monitoring. This can be used to automate aspects of the in-car experience such as lights or music, but it can also improve safety features. For example, new systems are being developed to detect signs of drowsiness, so if the driver keeps his eyes closed, the car will quickly realise they are likely asleep or in need of medical attention, slow down the vehicle, and park it on the side of the road. Eventually, cars could also leverage existing infotainment and navigation systems to even recommend a place to stop and have a coffee. Or an alert could be raised if the system detects a child seat left in the car, potentially with a child still in it, or notify the owner that an animal has been forgotten and remains within the vehicle. What’s clear is that as car technologies evolve, AI will become crucial to both manufacturing and the consumer experience. As autonomous vehicles, for example, become a reality, the ability to store, process and analyze data within a secure and localized, high performance data center will be critical for safety and innovation, and to give automotive manufacturers a competitive industry edge.