Tests focused on ethical uses of algorithms and predictive maintenance 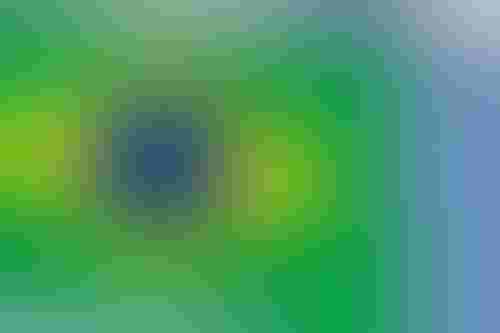 Tests focused on ethical uses of algorithms and predictive maintenance

A new white paper published by the World Economic Forum and the Centre for the Fourth Industrial Revolution Brazil (C4IR Brazil) outlines AI pilot projects that utilized best practices for adopting AI in the public sector.

Titled, ‘Unpacking AI Procurement in a Box: Insights from Implementation,’ the report stresses the importance of conducting rigorous self-assessments of IT infrastructure, data practices and institutional maturity.

Policy undertakings such as algorithmic impact evaluations and certifications are also listed as paramount tasks for any southern hemisphere government looking to adopt AI technologies, the report suggests.

Both C4IR Brazil and the WEF suggest governments should be mindful of interactions between humans and AI models to mitigate both algorithmic bias and human-based bias.

“The use of artificial intelligence technologies by government entities is exponentially rising, which is why it’s important to continuously update projects such as AI Procurement in a Box with new learnings and methodologies,” said Kay Firth-Butterfield, head of AI and ML at the WEF.

Brazil is among several nations looking to adopt AI technologies to enhance everyday life. The country is currently implementing its National AI Strategy and debating AI regulations in its legislative branch.

The Brazilian AI strategy – or EBIA – was published last April. It covers ethical responsibilities for using AI, removing barriers that would stifle innovation and increasing collaboration between government, the private sector and researchers. Nature’s AI Index ranks it as the 14th nation in the world in terms of AI-related research publications from 2015-2019. Brazil ranked higher than Russia, the Netherlands and Taiwan.

While Brazil is considered a traditionally strong market in Latin America, it’s the likes of Guatemala, El Salvador and Honduras that are often underserved. In a speech at the Mobile World Congress in February, Millicom CEO Mauricio Ramos stressed the importance that digital transformation could bring to these growing markets.

And it’s markets like these that C4IR Brazil and the WEF are hoping to help with this white paper.

The white paper comes off the back of the release of the AI Procurement in a Box, a toolkit released in 2020 that provides guidelines for public-private sector adoption of AI. Created by the WEF, the U.K., Deloitte and Splunk, it compiles tools that aim to encourage responsible deployment of AI technologies.

The pilot with the University Hospital – the largest health complex in Brazil − focused on the institution’s technical and data access maturity, particularly on how to ethically use AI in an area of significant public scrutiny, such as health care.

The Metrô pilot, however, focused on the challenges of implementing an innovation procurement procedure for the first time, as well as the unprecedented use of an algorithm impact assessment tool to identify and mitigate possible risks in the deployment of a predictive maintenance AI tool.

“Both pilots have reaffirmed the importance of guidance on how to procure AI tools ethically and efficiently. They also explored in-depth additional challenges for its widespread use in the public sector,” the white paper reads.

“We are very pleased with the report's outcome, particularly the collaboration among the C4IR network, including with other Affiliate Centers and implementing partners,” said Lucas Câmara executive director of C4IR Brazil.

“By coming together and sharing global best practices, we can get to the essence of what is needed for responsible technology adoption, especially for countries in the global south.”