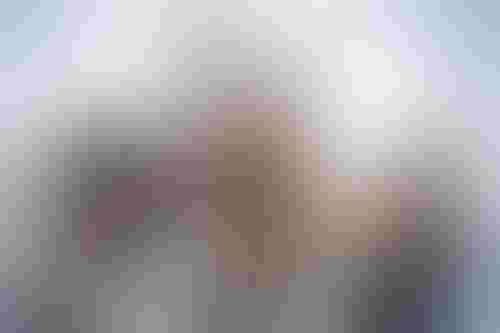 The pursuit of matching a machine’s cognitive capabilities to that of a human is for many the gold standard to measure progress in artificial intelligence (AI). We’ve come a long way since philosophers like Descartes and Leibniz championed the ideas around machine intelligence.

In fact, May 2022 marks 25 years since a supercomputer that could search millions of chess moves per second entered the ring for a rematch against reigning chess champion Garry Kasparov. Deep Blue won.

Since then, AI has continued an unrelenting upward path, with games like Go, Sudoku and Atari acting as benchmarks for innovation and progress. Among those AI innovations is deep reinforcement learning (DRL), the ‘brains’ behind DeepMind’s triumph over Go masters, for example, or protein-folding research that requires iterations over millions of complex permutations. A suite of DRL algorithms is proving beneficial for a new breed of products.

These DRL algorithms try to learn by trial-and-error, penalizing themselves when they do not receive a reward. It’s quite different from supervised machine learning, in which an association between input and output is discovered by minimizing the error between the true and the predicted states. At one end, various companies are using DRL for teaching autonomous vehicles how to drive and at the other Google is using it to control cooling of its data centers.

What’s crucial for these algorithms is to be able to plan hundreds of steps in advance and gauge the repercussion of making the next decision. True decision-making is not just being able to decipher a cat from a dog using computer vision, being able to gauge a variety of sentiments in textual data, or being able to predict risk with millions of rows of structured data.

It’s about making decisions. As humans, intelligence is not just limited to perception. It’s equally important to act upon the world to change perceptions – via decisions.

From board games to Orchestration AI for retail and warehouse

At Zebra Technologies, we’re working in the field of Orchestration AI  - sensing the world using mobile and fixed cameras, consumes real-time, time-series data, including weather and traffic data, and understands the email trails between two or more departments using computer vision and Natural Language Processing (NLP), focusing on visual and text/speech modalities, respectively. Such an analysis of structured (time-series) and unstructured (vision/voice) data feeds into DRL, which enables us to make decisions.

Likewise, in industry — such as retail, warehousing, transport and logistics — there exists software that aims to manage the number of agents (people, robots, devices, etc.) required for an enterprise (workforce management) and what these agents end up doing (task execution).

Let me bring this to life with an example. Managing a warehouse or a retail store with a high flux of products involves solving optimization problems at various levels: optimizing the supply chain feeding into the warehouse, the retail or online front feeding out of the warehouse, and the autonomous mobile robots used for monitoring and restocking items require exquisite planning and prioritizing tasks.

Tasks come in different flavors — some are not efficiently preemptable, like an actuation task involving a physical resource movement. Other duties can hold the resource for indeterminate periods, such as the time taken to pack an order is a function of a worker’s age, agility, and skill set.

Similarly, tasks have a structure that can be linked in time (sequential) and space (multi-layer). Most task and workforce management systems have limitations to handle preemptable, dynamic and hierarchical tasks.

They are often based upon hand-crafted heuristics or classical operational research methodologies.

The field of Orchestration AI could remedy all of this by combining the joint powers of computer vision, NLP and DRL into a task execution tool that has a forward-looking planner for retail stores, warehouses and a variety of organizations that have a brick-and-mortar front end.

Just like the algorithms that powered the triumph over humans at the games of Chess, Sudoku and Go, dispatching rightly prioritized tasks to humans or robots require exquisite planning for the future.

Solving age-old problems with the very latest in AI

Total addressable market and serviceable available market (TAM/SAM) figures would be unenlightening for products in the field of Orchestration AI that do not have a clear-cut yardstick to compare against. A much smaller subset called the ‘serviceable obtainable market’ (SOM) should be the focus instead. But such market analysis for a product that does not exist is often guess-timated.

It’s like asking a major mobile phone or computer company what happens if you introduce a mouse with your desktop or adjudging the slew of smartphones on TAM/SAM some 30 years ago.

Nevertheless, for the subject under argument, even if the SOM ends up being 10% of the TAMs, we are looking at $900 million, $560 million and $980 million for the workforce management, warehouse robots and supply chain markets respectively, based on recent market research reports. Not an insignificant number. So, DRL in its current state is ripe as a solution to an age-old problem that is resonant in multiple industries.

Like Chess and Go, forward planning staff schedules and employee task management is a mix of predictability, data, intuition, and adaptability. There’s already AI-powered task management software out there, making things easier for managers and front-line workers with insights and recommendations. They enjoy time savings, better communication, and more autonomy. Yet, the future still holds a lot for task and workforce management.

The Orchestration AI field is just one example where we can show how sequential planning algorithms emerging from DRL can be deployed to sense real-time drivers and constraints to operationalise agents, be it humans or robots, for a given task. The area of Orchestration AI intersects the bleeding-edge work being done in reinforcement learning with a problem space that has considerable market value.

For business leaders, it will be critical to understand what would be possible in the coming years versus what will take 10-plus years. Planning and decision making, especially in a narrow context such as task execution, would be a product that we end up using in the next five years.

On the other hand, an autonomous agent that has sufficient depths in its planning modules for a wide variety of problems – like a conductor who is also a connoisseur, painter, executive amongst other things – may not be forthcoming soon.

Such autonomy is multi-faceted and must have cognition similar or superior to a human. We’ve come a long way since Deep Blue and Descartes’ ’thinking machines,’ and I’m optimistic about the disruptions that Artificial General Intelligence (AGI) research brings to the table. Yes, it is hard and will take time, but it is indeed possible.