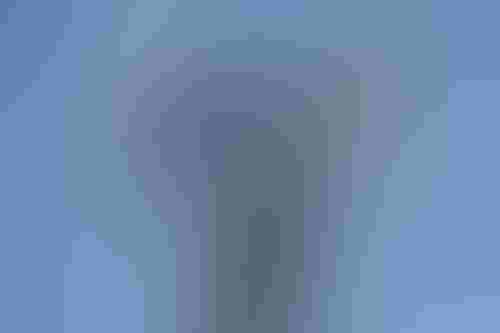 When it comes to connectivity in Africa, 3G and 4G remain on top – with 5G lagging. Despite expected growth over the next five years, 5G subscriptions won't exceed 20 million by 2026, according to Thecla Mbongue, senior research analyst at sister firm Omdia. Consider that Africa has a population of 1.3 billion.

At the East Africa Com conference, Mbongue said that increases in 5G deployments will occur – but they won’t match the levels of continental neighbors any time soon.

Looking at developments by region, the majority of deployments have come in the southern part of the continent, such as Nigeria, South Africa, Mauritius, Mayotte and Reunion Island, the analyst said.

In terms of deployments in the east of Africa, Kenya’s Communications Authority said in February it would be rolling out 5G services later this year. Mobile network operator Safaricom launched its 5G network in early April, trialing the tech in four towns — with plans to expand it to nine over the next year.

“Perhaps next year we could see full commercial 5G services in Kenya,” said Kenechi Okeleke, director for social and regional research at the Global System for Mobile Communications Association (GSMA).

Mixed bag Describing 5G growth in Africa as “a mixed bag,” Okeleke said the pandemic showed the need for enhanced connectivity and drove demand for connectivity. “Actual network launches have been slow, we haven’t seen the number of deployments we wished we had seen,” he added. Mbongue said that some providers were cautious over 5G as they’re still moving customers on to 4G networks, meaning plans to invest in 5G have “moved to the backseat.” Another hindrance was the lack of use cases. Mbongue said 5G use cases in Africa were “nascent” thus far, and that customers may not have the confidence to apply 5G. “The last two years, the momentum has been slow, but we’re seeing it picking up in the coming years.” To encourage those adoptions, Mbongue said that active collaborations within the industry will be needed to identify and develop use cases. But governmental help is also required, and he called for the removal of red tape when it comes to building out 5G infrastructure. Mbongue also stressed the need to make 5G spectrums not only available but also affordable, repeating a line that his GMSA colleagues also pushed at the annual Mobile World Congress in late February. He praised the fact that some African governments got people connected in the first place – but noted that several sectors vital to the east African economy, such as agriculture, would greatly benefit from the advances that 5G would bring.