Experts in AI: "Roll up your sleeves and get your hands dirty" 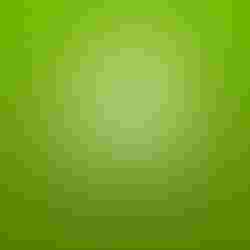 SAN FRANCISCO - AI has come on in leaps and bounds in the 18 months since Kari Ann Briski joined NVIDIA as Senior Director for Accelerated Computing and Software Product.

We caught up with Kari at The AI Summit San Francisco to talk about the computing revolution that has made AI possible, as well as the obstacles and roadblocks up ahead for implementing artificial intelligence.

Q: I’m here with Kari Ann Briski, Senior Director for Accelerated Computing and Software Product at NVIDIA. Kari, how are you doing today?

K: I’m great, thanks for having me.

Q: You’re welcome. I understand you’re doing a keynote tomorrow - can you tell me a little bit about what you want to drive home to the audience?

K: So tomorrow I’m sharing some experiences we’ve had for end-to-end deep learning AI applications and deploying them in the cloud. Last year, I actually came and talked when we had just launched the Volta V100. At that time, when I asked people to put up their hand if they’d heard about, not many people did. Hopefully, this year is a big difference because we’re in every major cloud provider, every computer maker ships Voltas. Last year I also talked about training and inference libraries and architecture specific libraries for our chips.

But here, I’m gonna uplevel the picture and share some experience we’ve had in taking AI neural networks for research and deploying them into the cloud, and a little bit of DevOps approach.

Q: What perspective do you think you’ve gained from working with AI?

K: Wow, well actually just being humbled by the amount of great people that I work with, as well as the rate and the pace at which technology is advancing. I was actually checking the numbers and when I first started at NVIDIA we had just launched our first inference chip, the P4, and our first Tensor RT, which is our runtime library for inference. Since then, in just about 18 months, we’ve improved performance 10X. We were only inferencing probably around 600 frames per second, and now we’re about 8000 fps, so it’s pretty exciting.

Q: You’re involved heavily with the technical side of the industry - what do you think are the greatest obstacles at the minute in terms of the culture and just getting organisations to grips with AI and the tech?

K: I hate to say there are a lot of obstacles, because AI is still young, but it’s also mature. The analogy is that it’s like a 16 year-old kid about to drive. *laughs* You can put it on the road - literally, you can put it on the road! But since it’s going forward so fast and at such a rapid pace, having the tools to be able to keep up, having your continuous integration, continuous delivery, and being able to stabilise has actually made it hard, I think, for enterprises to adopt AI in a stable way. The amount we call the Cambrian explosion of neural networks. Alexa was only five years ago and that’s considered a toy now. It’s a shallow network that nobody would apply in a real world application. We know that the deeper networks are more accurate but they also require more compute. That’s why the sort of tools that are coming up around these - being able to prune networks, deploy these networks - so just kind of the ecosystem around AI is just starting to pick up to be able to support the deploying of neural networks into the real world.

Q: So where do you see that going in the next year or so?

K: Well I definitely see more tooling coming out. Just being able to bug your neural network, be able to see your performance bottlenecks - are you I/O bound, are you compute bound - being able to do your end-to-end latency and maybe you have an application already that you can only have a final latency budget and maybe you have some kind of statistical model on there that you’re gonna replace with AI, so you can only fit it into this tiny little latency budget, so you need the compute, you need the accelerated compute to be able to make that neural network perform within that budget.

Q: The AI Summit is here for the next two days, you were here last year, what are you really hoping to engage with this time around?

K: Everyone! I just want to take it all in, learn from people’s use cases, their pain points, how we can make life better, how we can make it easier to use and adopt AI from the bottom of the stack all the way to the top.

Q: What kind of advice would you give to people - what should be their priorities when they’re just starting out?

K: Just learn. We always point people to our Deep Learning Institute. I took some of the coursera courses when I first started…

K: Yeah, of course! Just being able to grasp and understand by taking as many classes… Read, and just dive in. Don’t sit and wait. My advice is to just roll your sleeves up and get your hands dirty right away so that you can learn what’s right for you and your enterprise.