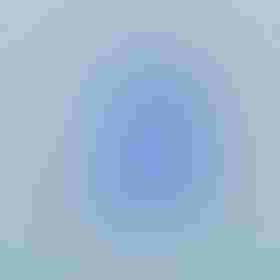 PASADENA, CA - A team of researchers have developed an artificial neural network made out of DNA that is capable of solving a classic machine learning problem: correctly identifying handwritten numbers. The work of the Caltech team is lauded as a significant step in demonstrating the capacity to program AI into synthetic biomolecular circuits and molecular pattern recognition.

Pioneered by Geoffrey Hinton, artificial neural networks are modelled on the human brain, functioning like a network of neurons capable of processing complex information through a technique known as 'backwashing' (more on this over on the MIT Tech Review). The project, conducted in the laboratory of assistant bioengineering professor Lulu Qian, aims to develop a way to program intelligent behaviours with neural networks made out of DNA.

"Though scientists have only just begun to explore creating artificial intelligence in molecular machines, its potential is already undeniable," said Qian. "Similar to how electronic computers and smart phones have made humans more capable than a hundred years ago, artificial molecular machines could make all things made of molecules, perhaps including even paint and bandages, more capable and more responsive to the environment in the hundred years to come."

In order to illustrate the capability of DNA-based neural networks, Qian lab graduate Kevin Cherry chose a classic challenge for neural networks: recognizing handwriting. Human handwriting can vary widely, so scrutinizing handwriting requires the brain to perform complex computational tasks to identify it. The author of the paper, Cherry demonstrated that a neural network made out of DNA sequences could carry out prescribed chemical reactions to accurately identify 'molecular handwriting'. The findings could have significant implications for diagnostic testing of molecules. "The lack of geometry is not uncommon in natural molecular signatures yet still requires sophisticated biological neural networks to identify them: for example, a mixture of unique odor molecules comprises a smell."

"Humans each have over 80 billion neurons in the brain, with which they make highly sophisticated decisions," Qian said. "Smaller animals such as roundworms can make simpler decisions using just a few hundred neurons. In this work, we have designed and created biochemical circuits that function like a small network of neurons to classify molecular information substantially more complex than previously possible."

The paper, titled 'Scaling up molecular pattern recognition with DNA-based winner-take-all neural networks', will be featured in the July 19 print issue of the journal Nature.