Analyst Insights: Automation in the enterprise and the future of the white-collar workforce 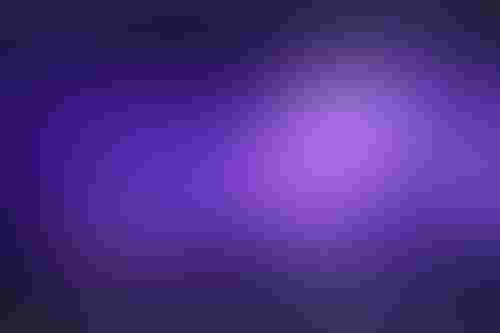 The idea came to me after using self-checkout at a grocery store: All six terminals were in use, with one employee overseeing all of them. A service that could have needed a team of seven – six cashiers, one manager -- has been reduced to one. We still need that one employee, though, to supervise.

Checks and balances are necessary to ensure everything works smoothly -- and also for accountability. If machines are the only ones running the place, who is held accountable when something goes wrong? This is a simple way to think about the role of robotic process automation (RPA) and Intelligent Automation (IA) in the enterprise – and its impact on the workforce.

RPA/IA vendors would be quick to point out that the technology will not take away jobs and workers should embrace it, but that is much easier said than done. Any and every form of automation that has been introduced into business has been met with excitement from executives that are looking to improve their bottom lines and yet met with fear by employees.

For example, when ATMs became mainstream in the U.S. in the 1980s, there was a lot of confusion, excitement, and fear around the reduction in bank tellers. While that scenario has certainly played out over the last four decades, the diminished number of bank tellers has at least been partially offset by a transition that required new skillsets and created new jobs, though likely not for those same people.

Now there are ATM repair people, those that come around and restock ATMs, and people behind the scenes ensuring transactions are not fraudulent in any manner and verifying signatures on the backs of checks, for instance.

Additionally, bank tellers can then upskill and focus more on longer-term savings options such as credit card applications, certificates of deposit, loans, among others. In this example, and from what we’ve seen time and time again throughout technological advancements and revolutions, automation may reduce headcount needed in certain functions, but it also has the ability to create new jobs.

From three to one

In enterprises, business process outsourcing (BPO) had a similar affect and then became a key aspect of running a large company. Now, RPA is the next frontier of automation for enterprises. Perhaps a company first starts out using RPA to automate a project that normally would take two to four weeks and three employees, carried out twice each year. That equates to 480 to 960 hours saved.

While this one automation is not likely to cause any of those employees to be laid off, what if more automation follows as the company recognizes the cost and time savings and decides to expand its bot usage?

Could the team be eliminated entirely? Not likely as someone still needs business context to monitor decisions made by the bot and train it. Moreover, it is difficult to replace entire teams with bots as AI is not yet proficient at non-linear thinking or connecting the dots between disjointed areas of thought. However, could that team of three be reduced to two? Likely. One? Potentially, though that will be in the longer-term.

UiPath, the RPA industry’s leading vendor in terms of market share, is well-known for its view that RPA will advance to a point where there is “a robot for every person” in the enterprise, highlighting that each employee could be positively impacted by having a bot tackle their more mundane, repetitive tasks. Many RPA/IA vendors embrace a similar view and sentiment: their bots can supplement or augment employees and improve their quality of life at work.

Bots are not cheap

But bot licenses are not cheap, and costs can accumulate quickly. While it can be argued that a bot license is more cost-effective than an employee’s salary and vendors are evolving their cost structures to incentivize scaling, RPA still costs tens of thousands of dollars when all is said and done.

While vendors tout the bot-plus-human approach as beneficial for enterprise top and bottom lines, and in turn many enterprise executives pass this messaging to their employees, the human-plus-bot idea is cost additive, inherently contradicting the primary purpose of RPA (save on time and costs). So, where does that leave us? Ultimately, there will be reduction in human headcount in certain areas of businesses.

Many enterprise automation leaders champion and campaign for the use of automation across their organizations, often educating, onboarding, and training end users, many of whom are the experts who  help train the bots that could eventually replace them. Moreover, a 2021 Omdia study found that 27% of enterprise respondents are considering staff reduction as an overall longer-term goal of RPA adoption.

What does this all mean for the white-collar workforce? And how does the Covid-era’s Great Resignation play a role? These are questions with complicated and often unclear answers at the individual enterprise level, especially as many are still dealing with unprecedented challenges and changes as a result of the pandemic.

At a higher, more macro level, the picture is a bit clearer and rosier. RPA/IA is an important tool for enterprises to utilize. Now more than ever, the idea of business continuity and resiliency extends beyond IT system up-time and into a host of additional factors such as abrupt changes in customer-facing operations, remote working, attrition, hiring, and more.

This past fall, I met with an automation leader at a large health care organization who said this about the impact on jobs: “It is about headcount we do not have to hire rather than headcount we want to get rid of.” That especially resonates during this strange time we find ourselves in. More businesses are looking to automation to help weather labor shortages and a highly competitive job market.

But as many workers look to leave essential frontline industries such as food and beverage, health care, education, and others that have been disproportionately impacted by the pandemic and seek seemingly more stable and secure corporate jobs, the irony is more corporations are increasingly looking at automation.

Overall, however, RPA/IA presents a net positive opportunity. While some individual employees may be negatively impacted, other skillsets are going to be in increasing demand, presenting new employment opportunities. As companies grow their bottom lines as a result of their investments in automation, they can then invest back into the business and expand, which often necessitates at least some headcount additions.

Also, technology advancements have enabled so many more of us to work remotely than ever before, presenting a new set of job opportunities to individuals who do not live in or near cities, not to mention the reduction in carbon emissions from fewer employees commuting daily to the office. 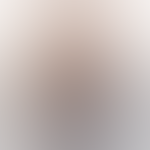 See more from Cassandra Mooshian
Get the newsletter
From automation advancements to policy announcements, stay ahead of the curve with the bi-weekly AI Business newsletter.