Study brings glimmer of hope to one of the hardest cancers to treat. 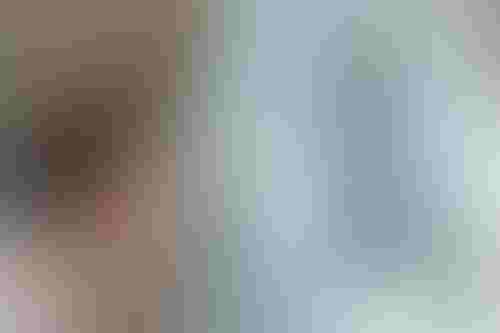 Study brings glimmer of hope to one of the hardest cancers to treat.

Pancreatic cancer is one of the hardest to treat, with 5-year survival rates ranging from 42% to as low as 11% depending on how far it has spread, according to the American Cancer Society.

Why? This cancer is hard to catch early enough for it to be more treatable.

But now a study by Mayo Clinic researchers brings a glimmer of hope.

“Up to 40% of small pancreas cancers may not show up on standard imaging. As a result, the majority of patients present with advanced and non-curable diseases,” said Dr. Ajit Goenka, the study’s senior author.

“We found that AI models can detect cancer from a normal-appearing pancreas on CTs several months prior to cancer symptoms, even when the disease was beyond the scope of perception of radiologists," he added.

The researchers computationally extracted the imaging signature of early cancer indicators from prediagnostic CTs done on patients that were scanned for unrelated indications between three months to three years before cancer was detected.

Then, they used data from control subjects of similar ages who did not develop pancreatic cancer. Radiologists segmented the pancreas from the two groups, computationally extracted and quantified the metrics of pancreatic tissue.

The scientists developed sophisticated machine learning models that predicted the possible risk of pancreatic cancer with accuracies up to 98%. They also tested their AI model on an open-source CT data set to validate their AI model.

They took the model one step further to prepare for its usage in a clinical setting. "We also tested our AI models against variations in image noise, scanner models, image acquisition protocols and postprocessing parameters, and found them to be unaffected by these variations," said Sovan Mukherjee, the study’s first author and a senior data science analyst.

"Our study demonstrates that artificial intelligence can identify those asymptomatic people who may harbor an occult cancer at a stage when surgical cure may be possible," says Goenka. "These findings may help overcome one of the key barriers to improving survival for patients with pancreatic cancer."

The researchers hope to work with the Pancreatic Cancer Action Network in their Early Detection Initiative, a clinical trial involving 12,500 participants to analyze how pancreatic cancer screenings can be effective using CTs.