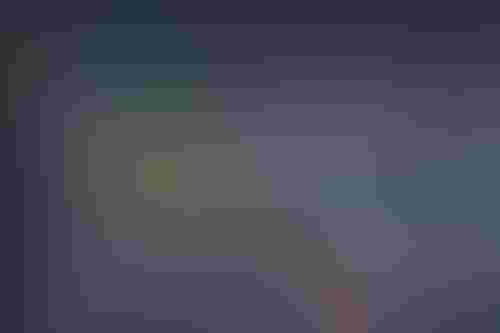 Tel Aviv-based AI startup Optibus has raised $107 million in Series C funding to expand its services for public transport across the globe.

Despite the lockdown measures – or perhaps, because of them – the company has quadrupled in value during the COVID crisis. Its tools can visualize and predict movement along different transport routes, and are used in more than 450 cities.

Optibus sweats mass transit assets, fine-tuning each individual journey by presenting each commuter with the best information for their travel decision.

Even small clients with five buses and 50 trips a day could have over a million vehicle combinations, and 10 million driver-shift options to choose from.

A medium-sized transport authority with 1,000 trips a day faces 10^30 (10 to the power of 30) instant decisions. London, for example, has 9,700 buses in operation, making 2.2 billion trips a year. Then there are trains, tubes, ferries and more exotic urban transportation options. Every travel decision is based on a route calculation that takes in polynomial variables sourced from network data (bus stops, route reports, timetables), drivers, vehicles, depots, GPS, consumer demand, traffic reports, weather, and local regulations.

In computational complexity theory, this is a level of difficulty known as NP-Hard, Optibus says. Only a highly sophisticated collection of algorithms could provide the right decision each time. There are a few mass transit specialists emerging across the world that can do this, and demand for their services is high: Remix mapping platform for mass transit just sold for $100 million, and Intel bought Moovit in 2019 for $900 million.

Even during lockdown, the value of Optibus has continued to rise, according to founder and CEO Amos Haggiag. With 80 percent of passenger revenue gone, there was a need for better organized resources.

If and when passengers return, plans must be made for multiple eventualities. The risk of crowding is a new variable that needs monitoring and managing. Interdependent factors will emerge, such as closed destinations, rapids shifts in demand and supply on some routes, and changes to rush hours patterns. Then there’s disinfection to be accounted for.

Meanwhile, many local authorities continue to rely on ancient infrastructure. Much of London’s underground network was built in the Victorian age. There are huge budgets and tebibytes of data that nobody ever examined, so startling patterns went un-noticed. “Transport is very old school stuff,” Haggiag said.

Nicholas Booth is the editor of OhThisBloodyComputer and a freelance technology writer contributing to to several British and international publications.

See more from Nick Booth
Stay Ahead of the Curve
Get the latest news, insights and real-world applications from the AI Business newsletter