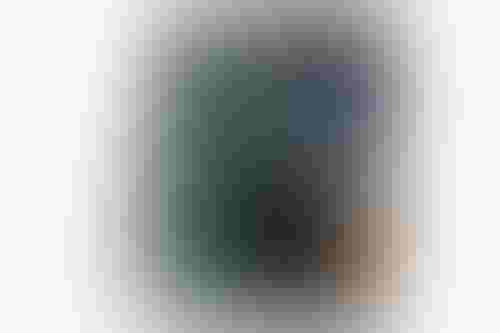 When taking a profile picture, the face often is in focus but other features such as the hair can look blurry.

Its AI Stereo Depth Map uses algorithms to calculate the space between objects and the phone camera to improve images and bring them into focus.

The tool can be used to take smoother pictures of fast-moving objects. The tech can be found in the standard S22, as well as the S22 Plus and S22 Ultra.

The handset also includes Vision Booster: an AI tool that effectively detects the light intensity of the device’s surroundings and automatically adjusts the screen’s brightness.

And for the S22 Ultra, which boasts support for Samsung’s S Pen stylus, AI technology embedded in the model increases the accuracy when users are writing or drawing.

An S pen is included in the box when purchasing an S22 Ultra.

The gadgets make use of Qualcomm‘s Snapdragon 8 Gen 1 chip, with the cellphone maker boasting of its device’s fast speed.

The phones also use a gel-based thermal interface material to cool themselves, which Samsung suggests increases efficiency.