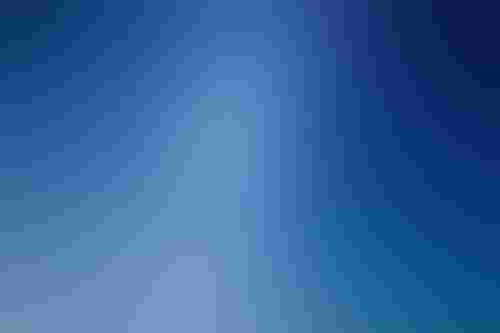 Now anyone can look for extraterrestrial life

The SETI Institute and Frontier Development Lab (FDL) have launched SpaceML – a collection of open data and machine learning resources for people working on space science and exploration projects.

Analysis-ready datasets and MLOps tools are just some of the community-managed resources available to users studying subjects like lunar exploration, planetary defenses, and heliophysics.

"The most impactful and useful applications of AI and machine learning techniques require datasets that have been properly prepared, organized, and structured for such approaches," Bill Diamond, CEO of SETI Institute, said.

“Five years of FDL research across a wide range of science domains has enabled the establishment of a number of analysis-ready datasets that we are delighted to now make available to the broader research community.”

A non-profit founded in 1984, the Search for Extraterrestrial Intelligence Institute, or SETI, is focused on astrobiology, the study of life in the universe, and listens for potential alien signals using giant radar telescope arrays.

One of SETI’s largest research hubs is the Carl Sagan Center, named after the host of the original Cosmos television series, who was also a trustee of the Institute.

The FDL, the other party responsible for SpaceML, is a public-private partnership with NASA and the European Space Agency. It uses AI tech in a number of ways – like predicting space weather or identifying meteorites that could hold the key to the history of our universe.

SpaceML was built on five years of applications by FDL teams across various science domains.

One such application investigated the potential of ML to auto-calibrate space-based instruments used to observe the Sun. Exposure to the star causes the instruments to degrade – similar to how human eyes develop cataracts. Instrument recalibration requires expensive rockets, but by relying on machine learning, a team effectively removed the degradation.

Another project hosted on SpaceML demonstrates how the data reduction of a meteor surveillance network known as CAMS (Cameras for Allsky Meteor Surveillance) could potentially be automated to identify new meteor shower clusters.

A total of nine new meteor showers have been discovered via CAMS, by using using an AI system showcased on SpaceML.

“The hurdle for many researchers to start using the SDOML dataset, and to begin developing ML solutions, is the friction they experience when first starting,” said Mark Cheung, senior staff physicist at Lockheed Martin and principal investigator for NASA’s solar dynamics observatory/atmospheric imaging assembly.

“SpaceML gives them a jumpstart by reducing the effort needed for exploratory data analysis and model deployment. It also demonstrates reproducibility in action.”

SpaceML is seeking to curate a repository of project notebooks and datasets generated from space projects – with repositories containing a Google ‘Co-Lab’ notebook that would walk users through the dataset.

FDL launched its 2021 program on June 16, with it running until mid-August; upon closing, teams will showcase their work in heliophysics, planetary science, and astronaut health at a virtual event.