Research: Technology that brought vivid colors to TVs is coming to digital images. 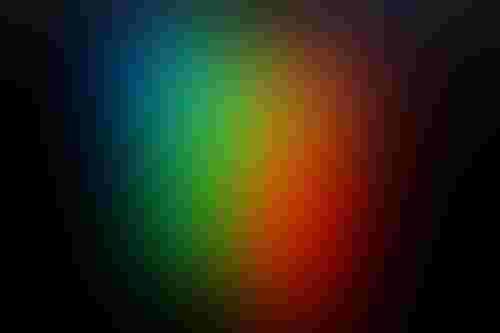 Scientists from Chung-An University developed the pixel structure. Their findings suggest it holds sizable durability and could “pave the way to the next generation of high-resolution color image sensors for a wide variety of applications.”

Prof. Sung Kyu Park of Chung-An University said their design opens the door to “establishing a low-cost, high-resolution and integrated image sensor system that goes beyond conventional ones. It should be widely applicable in fields such as wearable sensory systems, biomedicine, and autonomous driving.”

Their research has been published in Advanced Materials.

QLED (quantum dot light-emitting diode) technology is still a relatively new area but is seeing increasing deployments in television sets, as the tech can achieve similar contrast levels to OLED or MicroLED displays.

Researchers from Chung-An University sought to take this technology and apply it for use in image sensors.

While the three cells of each pixel are arranged laterally and as close to each other as possible to use the available area efficiently, the research team believes that this design takes at least three times as much space as each individual cell, and also means high manufacturing costs due to their complexity.

Quantum dots, however, can be stacked vertically in each pixel, meaning that photons not absorbed by the upper levels penetrate and reach the bottom ones, meaning photodetectors for each color in each pixel can be accommodated into a much tighter area.

Using a low-temperature fabrication procedure, the scientists managed to squeeze in a high number of pixels in a small area. “The device density of our photodetector array is 5500 devices per square centimeter, which is remarkably larger than that reported for previous solution-processed flexible photodetectors, which reaches up to 1600 devices,” Park said.

As such, the vertically stacked QD pixels achieved high levels of color selectivity and photosensitivity.