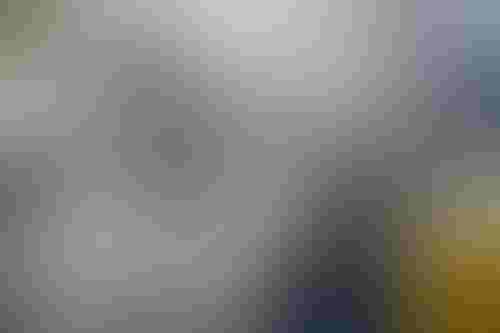 A decentralized AI approach for predicting cancer biomarkers from medical images is shown to outperform traditional methods that require sharing of patient data, according to a new study published in Nature.

The Swarm Learning (SL) approach “outperform most locally trained models,” the researchers said. SL models are trained locally on patient data, then models are combined centrally but without any central coordination.

“SL leads to equality in training multicentric AI models and creates strong incentives to collaborate without concentrating data or models in one place,” the researchers wrote. “This could potentially facilitate collaboration among several parties, hence generating more powerful and more reliable AI systems.”

Typically, training of “clinically useful” AI models requires that patient data be shared with a central repository, which may run into legal, ethical and logistical problems. Data sharing between institutions may require patients to give up control, the researchers said.

One approach used to overcome this problem is Federated Learning, where several AI models are trained on separate computers. They do not share the patient data, but only what has been learned. However, the study warned that there remains a central coordinator “monopolizing control and commercial exploitation.”

The study investigated how well the SL method evaluated three cancer biomarkers compared to three other AI models and a merged model. The SL model performed better than the local AI models and equally well with the merged model. And since SL doesn’t require a central coordinator, institutions may be more open for collaboration.

The researchers studied histopathology images from more than 5,000 patients.

Another objective of the study was to analyze if the SL model could reliably predict clinical biomarkers with a small training set. Typically, AI prediction performance for local models decreases when the dataset is reduced. The SL models were highly efficient in detecting structure presence and relevant patterns in 1,400 images.

The SL method for developing AI prediction models could also be valuable to scientists with small patient datasets and limited hardware capabilities.