What Does The Future Hold For Artificial Intelligence? Industry Analysis and Graphic by Ciarán Daly  3/22/2018 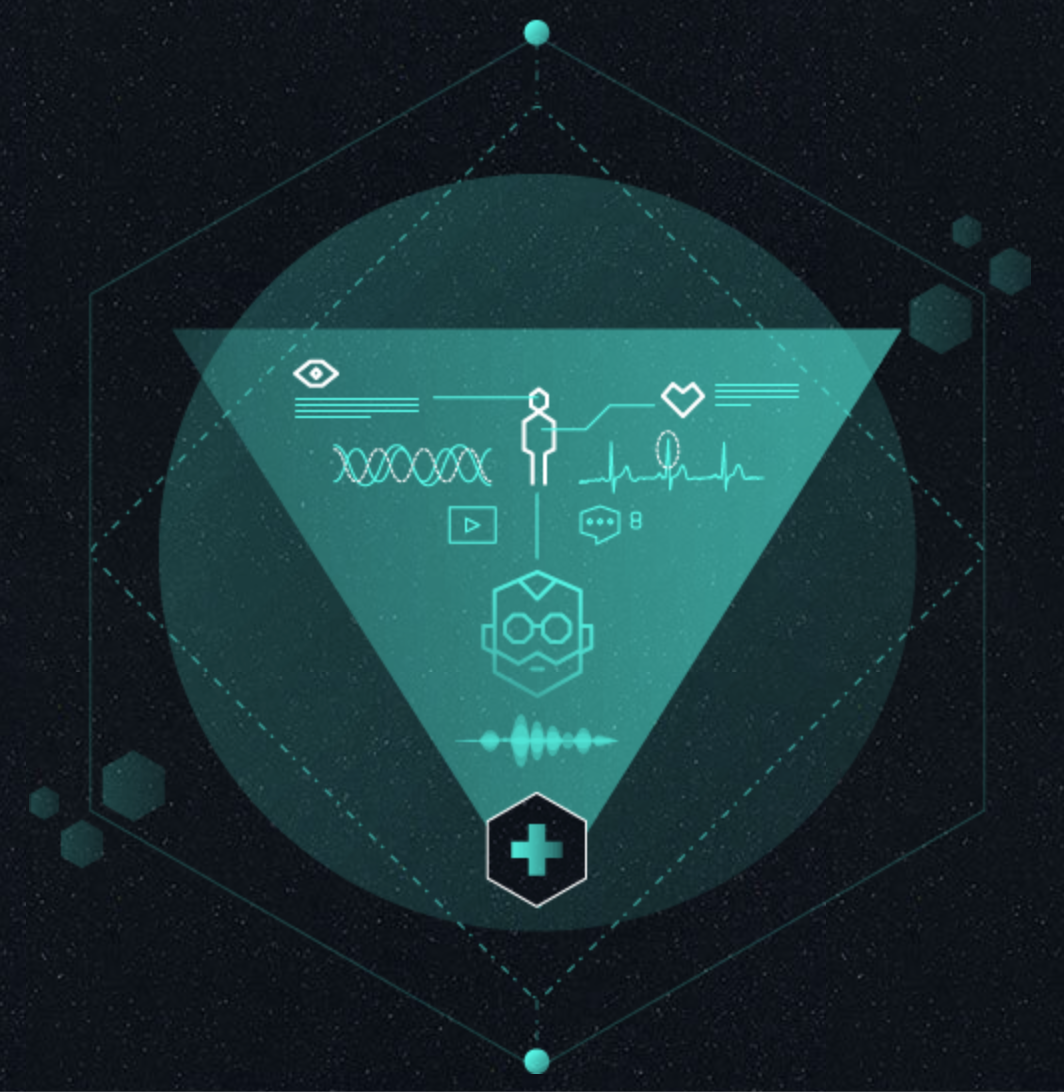 CORBY, UK - When many of us think of artificial intelligence (AI), blockbuster films about robots integrating into human civilisation come to mind, but are you ready for this to become a reality in the very near future?

AI is developing at a staggering rate and infiltrating into all industries across our society, with the market expected to contribute an astounding $15.7 trillion to the global economy by 2030. From robotic farmers to implantable chips in the brain to cure dementia, the next few years are not only big in the technological world, but everybodys world in general. RS Components have created an interactive graphic that reveals how AI is set to transform different industries in the future. 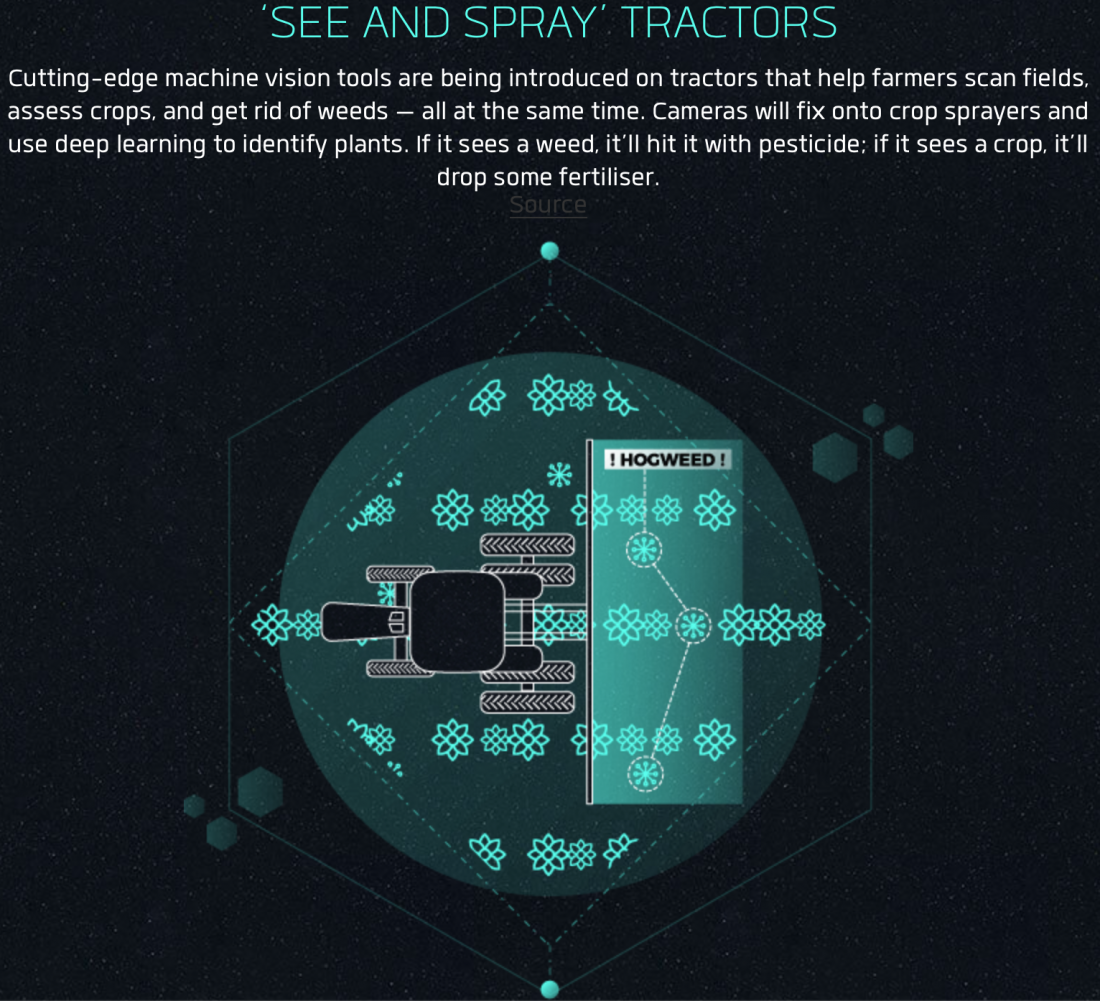 Whilst farmers have tractors and big machinery to aid them in their work, the industry remains one of the toughest and most strenuous when it comes to manual labour.

AI is set to reduce this and make farms smarter and more efficient. In a new initiative called FarmView, research has been carried out to create a fleet of mobile field robots that will be able to help with plant breeding and crop management. These machines will not only reduce manual labour in this industry, but it should also see farms able to utilise their crops far more.

Currently known for spying on celebrities and taking epic photos, drones are set to be immensely beneficial to the farming industry. Many farmers have acres upon acres of land, which can be hard to manage. Drones will be seriously useful in helping farmers monitor their lands, as they will be able to survey crops and also carry out long-distance crop spraying. 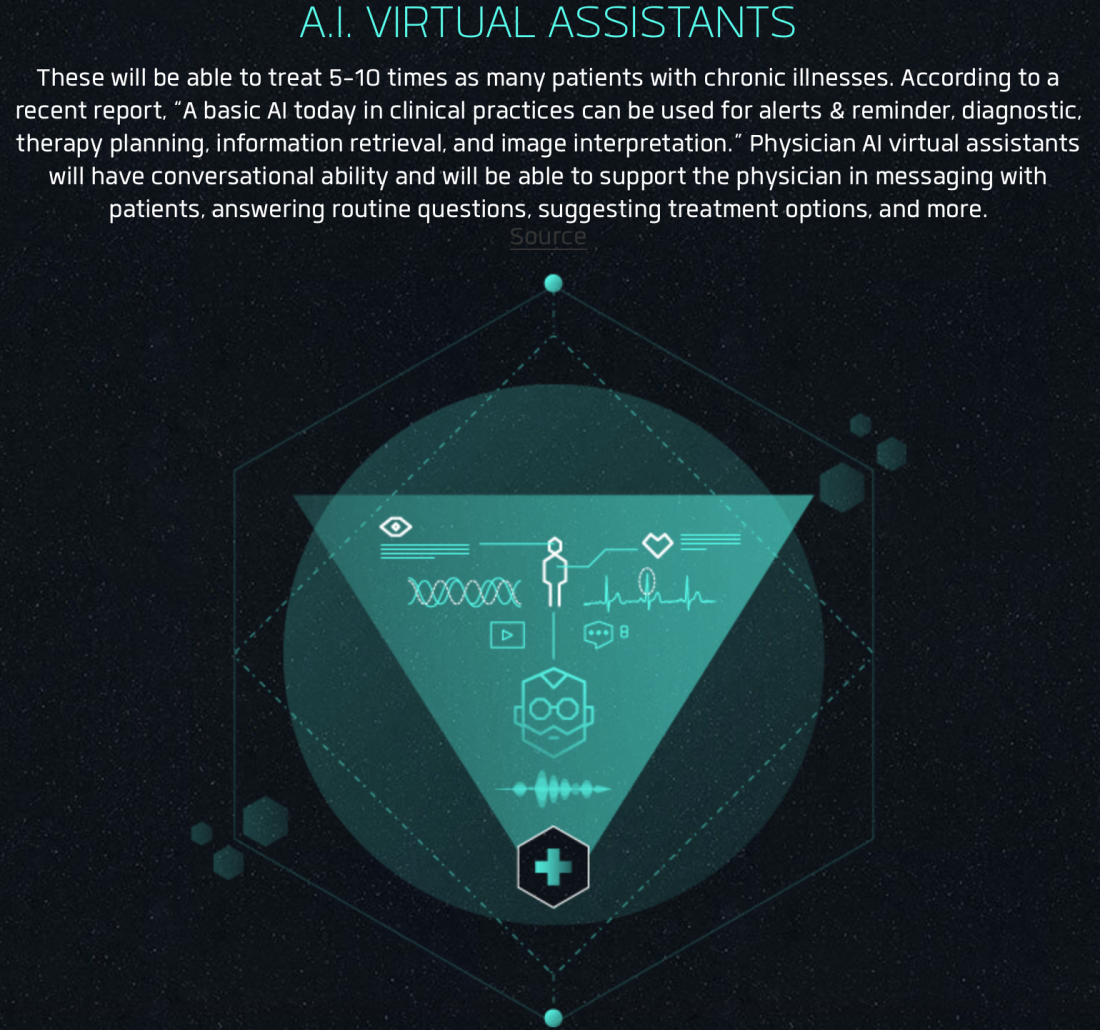 Healthcare is a constant talking point, not only in the news, but in everyday conversations, and it mostly boils down to why it takes so long to get an appointment, as research reveals one million patients a week cannot get consultations with GPs.

If only there was some extra help

AI in the near future will see the waiting time for an appointment reduce significantly, as the introduction of virtual assistants will soon be able to have conversations with patients, answer routine questions and suggest treatment options.

In addition, huge amounts of time and money is spent each year trying to cure some of the worlds deadliest diseases and now AI is expected to have a huge impact in helping us get one step closer to finding a solution. With the ability to analyse huge data sets of medical records and genetic technology, AI technology will be able to spot patterns that humans may not have picked up on. 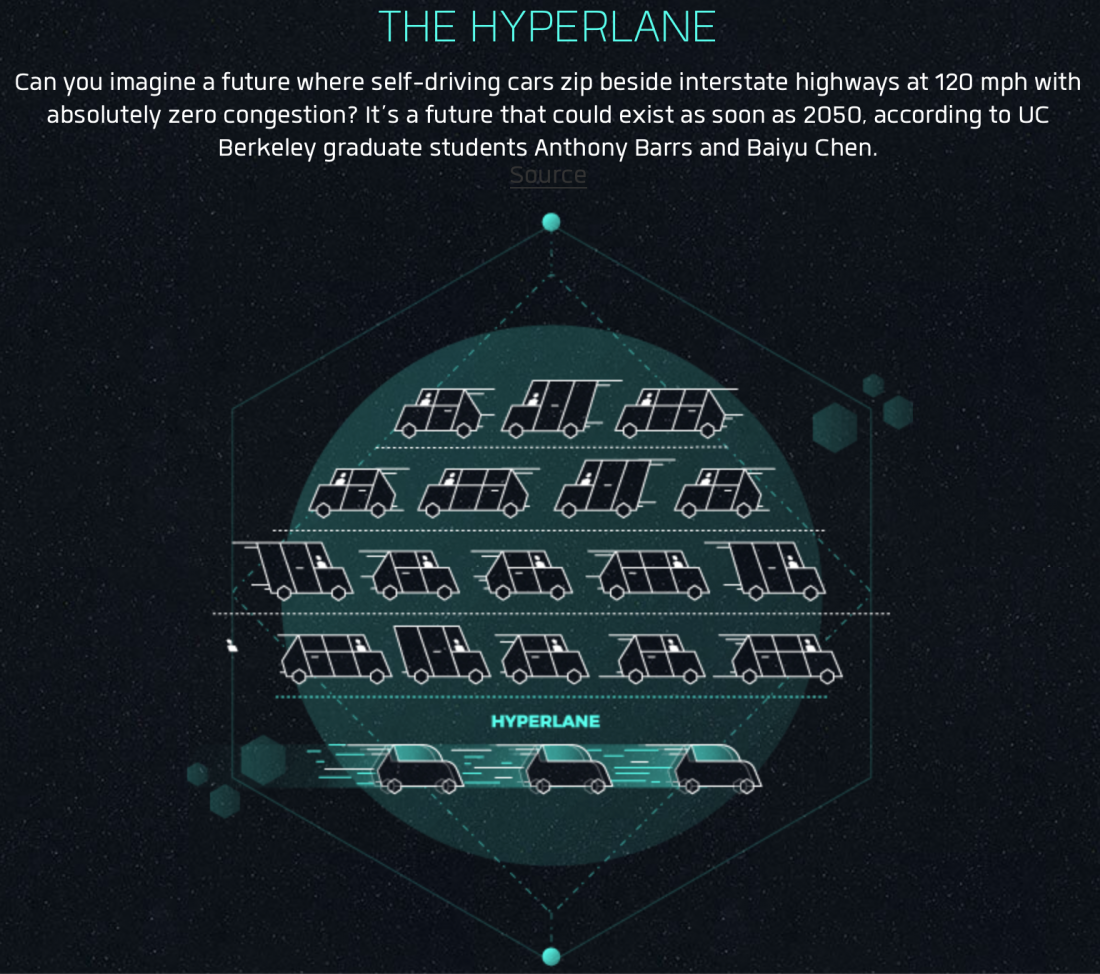 Many of us might believe that artificial intelligence stops with the driverless car. But it is set to get a whole lot more exciting than that.

Whilst you may be on a motorway and expect to see a driverless car in the near future, you might still be surprised (and perhaps slightly alarmed) to see not only one driverless lorry, but four or five in a fleet together. By 2025 this could be a reality, as a human captain will be able to sit in the cab of the first lorry and control the rest of the fleet. Doing this will improve time, efficiency and profit, and although it may not seem like it, it will make the roads a safer place.

Traffic. We all hate it. The average amount of traffic drivers in London experienced in 2017 was an astonishing 74 hours. Thats just under three days of your life! But what if traffic wasnt a thing anymore? By 2050 it might not be, as it has been predicted that self-driving cars can zoom past interstate highways at 120mph with absolutely zero congestion.

Artificial intelligence is rapidly ingraining itself into the way we live our lives. With no intention of slowing down, how different will your world be in just a handful of years? 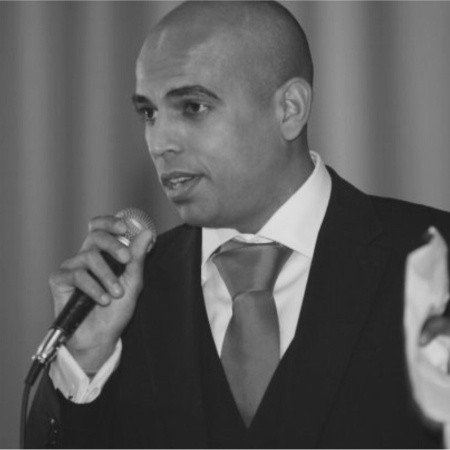 Vishal is the VP of Digital Marketing at RS Components with over 10 years experience working at the company. RS Components is the leading global distributor of electronic, electrical & industrial components for engineers, and has been supporting and inspiring generations of engineers since 1937.