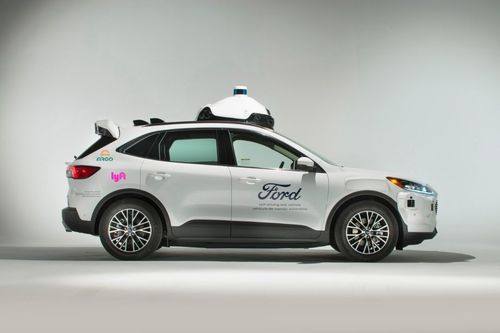 Lyft is set to expand its autonomous ride-sharing services to Austin later this year.

The ride-hailing firm has been working with Ford and Argo AI to launch driverless services in Miami.

As part of the initial service, Ford vehicles were fitted with self-driving systems from Argo which passengers can book via Lyft’s app.

Lyft said it’s looking to scale up to around 1,000 autonomous vehicles on its network over the next five years.

As part of the collaboration deal, Argo, which Ford and VW have backed, receives anonymized data on passenger trips and safety incidents.

In return, the ride-hailing firm will receive a 2.5% stake in Argo.

The move comes almost a year on from Lyft’s decision to sell its self-driving division to Toyota for $550 million.

The road infrastructure of Austin is “friendly to autonomy,” that’s according to Kevin Hodgkins, an AV systems test manager at Argo’s Austin office.

The team at Argo reportedly enjoys the city’s grid-like layout as one aspect of why. The city itself is retrogressing to two-lane routes in a bid to slow traffic and increase pedestrian safety.

The onus on safety may see the city’s government welcome autonomous vehicles as a way to reduce traffic accidents. Austin’s local government is participating in the Vision Zero project, aiming at preventing deaths by careless road users.

"Beyond the link that Lyft provides to the customer, we'll be able to work together to define where an autonomous service will benefit communities the most and ensure we're deploying the technology safely,” Bryan Salesky, Argo CEO, said towards the end of last year.

In terms of its association with autonomy, the Texas state capital is home to an engineering hub from Torc Robotics, which is developing self-driving truck technology.

Meanwhile, Tesla is set to open the doors to its Gigafactory just outside Austin at the end of the year. It has been under construction since summer 2020 and will be the main factory for the Tesla Cybertrucl as well as the site of the company’s corporate headquarters.