Is that a recyclable milk jug under all that trash? This AI can tell.
by Helen Hwang
7/11/2022 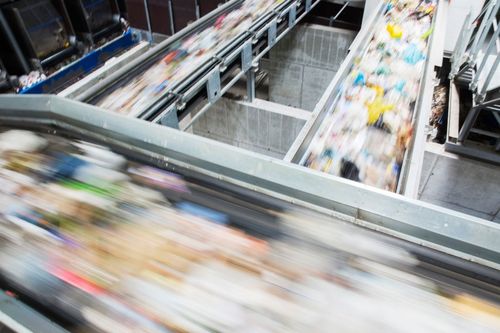 But training the neutral network is ‘several orders of magnitude more challenging.’

High-speed systems that sort recyclables currently operate to an 80% to 95% purity, meaning people still have to manually pick out stray objects before materials can be recycled.

Getting to 95% or higher purity is needed for the resulting output of materials to be profitably recycled, according to a blog on IEEE (Institute of Electrical and Electronics Engineers) Spectrum. “We’ve pushed the current systems as far as they can go,” wrote Jason Calaiaro, director of hardware engineering for AMP Robotics. “Only AI can do better.”

Most recycling is carried out through single-stream recycling processes, where cardboard, glass, plastics and other materials are tossed out together and then sorted.

Pick-and-place robots that use computer vision typically are programmed to identify one or a few objects. But recyclables come in many shapes, sizes and forms.

This is where training neural networks comes in to identify objects in a recycling stream. Using image analysis, “AI makes it theoretically possible to recover all of the recyclables from a mixed-material stream at accuracy approaching 100%,” Calaiaro wrote. “If an AI-based sorting system can see an object, it can accurately sort it.”

For example, consider high-density polyethylene (HDPE), which is a  commonly used plastic for milk jugs and detergent containers. In a typical system, the paper or plastic labels on the containers make them hard for the robot to identify.

Using computer vision driven by AI, however, enables the robot to recognize the packaging and use factors such as color, opacity and form factor to identify the object. (The words are part of the object’s visual attributes.)

However, training the AI to do this task is “at least several orders of magnitude more challenging” than recognizing faces in a photo because there can be “nearly infinite variety of ways that recyclable materials can be deformed and the system has to recognize the permutations,” he said.

It is hard enough to train a neural network to identify, say, all the types of laundry detergent containers in the market, but to correctly detect that container when it has been bent or crushed into a different shape is “an entirely different challenge,” Calaiaro added.

What’s more is that maybe only part of the detergent container is visible, buried under other types of trash.

Still, the higher accuracy achieved is worth the heavy lifting. “Given the perpetual worker shortage in this dull and dirty business, automation is a path worth taking,” Calaiaro said.