Deployments ‘a civil liberties disaster in the making,’ argue the ACLU 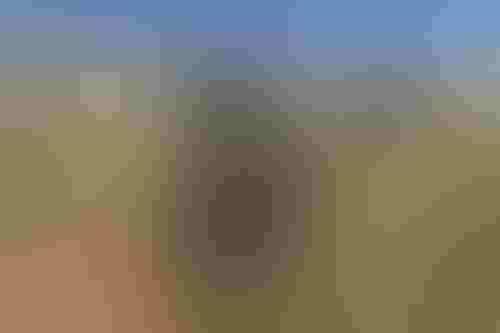 Deployments ‘a civil liberties disaster in the making,’ argue the ACLU

The unarmed 100-pound robot dogs, made by Ghost Robotics, will be carrying video cameras and sensors as they go on patrol.

“The southern border can be an inhospitable place for man and beast, and that is exactly why a machine may excel there,” said Brenda Long, program manager at the department’s Science and Technology Directorate, which is overseeing the project.

The news was condemned by several voices from rights groups and politicians over fears of potentially weaponizing robots.

The American Civil Liberties Union warned that using robotic patrol dogs on U.S. borders was “a civil liberties disaster in the making.” It demanded that DHS “retract this dangerous proposal, and the Biden administration must put the brakes on our country’s slide into an anti-immigrant dystopia.”

Robot dogs have stirred controversy in other cities. In April 2021, the NYPD had to terminate its $94,000 contract with Boston Dynamics after drawing criticism for using a robot named ‘Digidog’ during routine arrests, as well as potentially failing to disclose its partnership with the robotics firm.

The NYPD used the civilian model to send food into hostage situations. The robot was also fitted with an arm so that it could open doors and move objects.

Following the termination of the Boston Dynamics contract, New York City Councilman Ben Kallos introduced legislation to ban the NYPD from using “weaponized” robots. The company has said it has a policy against weaponizing its robot dogs or doing anything to violate privacy or civil rights laws.

Ghost Robotics, however, have other robot dogs that can carry firearms.

Honolulu’s police department also uses a robot dog it named “Spot” from Boston Dynamics at a cost of $150,000 to do such things as take temperatures of homeless people. Critics have blasted the cost after discovering it was paid for by federal CARES funds targeted for Covid relief.