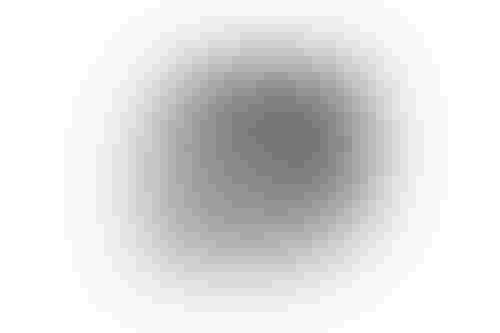 The M1076 Analog Matrix Processor (AMP) comes in several form factors: a standalone processor, an ultra-compact PCIe M.2 card, and a PCIe card with up to 16 AMPs.

The old ways make a comeback

In May, Mythic raised $70 million in a Series C funding round, bringing its total funding to $165.2m. BlackRock and HPE led the round, joining existing investor Lockheed Martin.

Mythic claims the M1076 AMP can support up to 25 TOPS of AI compute in a 3W power envelope, up to 10x less power than a typical SoC or GPU solution, such as Nvidia's 30W Jetson platform.

In a 16-chip configuration, the PCIe card provides up to 400 TOPS of AI compute at 75W.

This low power envelope is achieved through analog computing. Instead of recording a 0 or 1 like von Neumann computers, Mythic relies on the physical analog world to record the states as a continuum of values between the two.

Early computing systems like the Antikythera mechanism, Babbage’s Difference Engine, and FERMIAC were all analog computers relying on linear mechanical components. In the 1950s, researchers began to develop 'electronic analog computers' which relied on electronic components instead.

However, the industry was quickly superseded by digital computing, which is more versatile and accurate. Hundreds of billions have been spent on improving those digital systems, creating the computing world as we know it today.

But, with Moore's Law on its way out, and efforts to shrink transistors becoming harder as we reach the 3nm level, there are those that argue it's time to look back at analog computing for another way.

In particular, AI is seen as the perfect place for the chip architecture as current von Neumann systems struggle with the bottleneck that appears when shuffling data between memory and processor.

Mythic and other analog hopefuls such as IBM's prototype Phase-Change Memory chip, carry out calculations in memory, removing the need to shuffle data back and forth – which slows compute and requires a lot of energy.

Another contender, Lightmatter, takes things a step further, with its analog setup relying on light instead of electrons. It raised $80m last month.

However, as it is an analog measurement, there is an inherent issue with absolute accuracy – which is why the current crop of analog chips are all targeting inference tasks that don't require perfect accuracy.

"When we started, we said that we want to build an analog compute engine, but for the developer we want this to not look like there's analog compute under the hood," Mythic CEO Mike Henry told Cambrian-AI Research this month.

"This has to look like all the other digital hardware products that are inevitably going to be out in the market. And that means having a software ecosystem, a compiler, an ability to run whatever the state-of-the-art model is at the time and map that onto the chip."

To pull this off, the company is mixing digital and analog together. "The digital gives you the flexibility, the analog gives you that raw compute power," Henry said. "What that translated to in the actual chip we had to build is tens of thousands of [analog-to-digital converters] and [digital-to-analog converters] on a single chip.

"That is a level of integration that is maybe 1,000x greater than what most people are used to thinking about. And that's why everybody said this would be impossible."

Where the low power compute could prove useful is at the network edge, the company said. The M1076 AMP is pitched at video analytics workloads such as object detection, classification, and depth estimation for industrial machine vision, autonomous drones, surveillance cameras, and network video recorder applications.

The company also notes it could be used for AR/VR applications, helping with future smart fitness, gaming, and collaborative robotics devices.

"With its ability to scale from a compact single-chip to a powerful 16-chip PCIe card solution, the M1076 AMP makes it easier for developers to integrate powerful AI applications in a wider range of edge devices that are constrained by size, power, and thermal management challenges."