To Seek Is To Find: A New Approach To Intelligent Applications 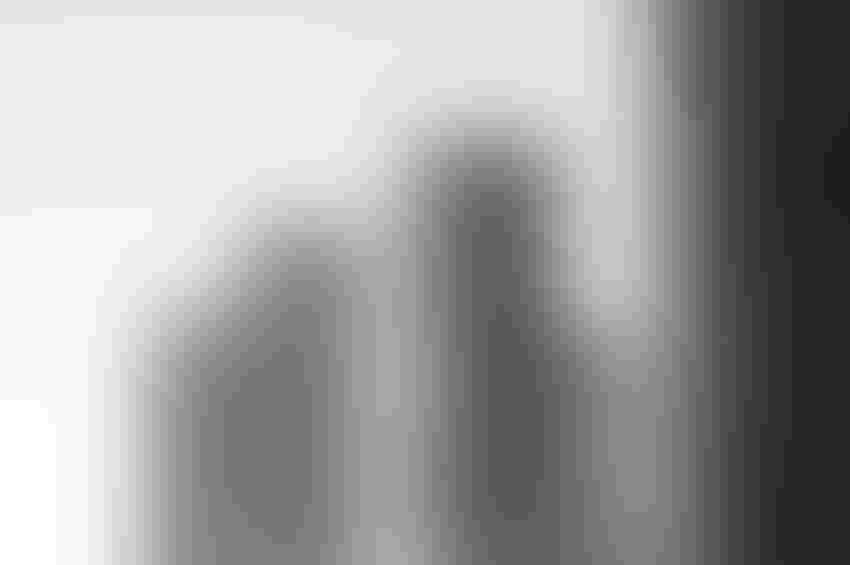 Ayasdi is a Cherokee word - it means 'to seek'. It's an apt name, given what Ayasdi, winner of the AIconics Award for Best AI Healthcare Application, offer. In the healthcare space, this takes the form of Ayasdi for Clinical Variation Management - an unsupervised machine learning platform that generates not only data discovery and predictions, but justification, action, and perpetual learning, making it unique within the space.

By providing a unique machine intelligence platform, Ayasdi claim their advanced analytics software enables "data scientists, domain experts, and business people to be exponentially more productive." By this, they mean solving one of the great challenges of our time, namely, deriving actionable insights from vast pools of data in an efficient, automated way. For Ayasdi, AI holds the key. 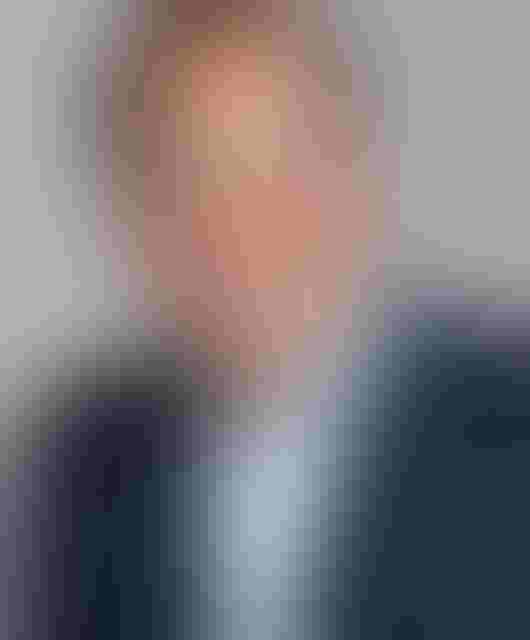 Jonathan Symonds is the Chief Marketing Officer for Ayasdi where he is responsible for messaging, product marketing, demand generation and corporate awareness. Previously, Jonathan was the VP of Marketing for GPU-powered analytics pioneer, MapD. He has over 16 years of enterprise software and analytics marketing experience at Ace Metrix, 2Wire and Tandberg. He holds an MBA from Cornell and a BA from Washington and Lee University.[/caption]

Jonathan Symonds is the Chief Marketing Officer for Ayasdi, and it's his role to communicate Ayasdi's mathematical breakthroughs to the rest of the world. "This is my dream job - it's actually my second stint with Ayasdi," he explains. We caught up with Jonathan following Ayasdi's AIconics award to find out about their AI philosophy, their approach to executive AI strategy, as well as the challenges of working at scale. Jonathan believes that truly intelligent applications must fulfil what the company describe as the five pillars of AI - a claim which Ayasdi can reasonably make. Today, many start-ups and businesses today are rebranding as 'AI companies' - often to attract investors - which often proves to be a thinly-substantiated assertion.  "Everyone today is claiming to 'be AI', but you have to look at AI across five different elements; the things that distinguish between what is and isn't AI. Those five elements all have to be present in order to meet the standard of what truly is an intelligent application or platform."

The Five Pillars of Intelligent Applications

These 'five pillars' are grounded in the practical capabilities that Jonathan argues all smart analytics platforms should offer their users: discovery, prediction, justification, action, and learning.

"Discovery is the ability of an intelligent system to learn from data without being presented with an explicit target," the firm explain in a white paper. "In complex datasets, it is nearly impossible to ask the 'right' questions. To discover what value lies within the data one must understand all the relationships that are inherent and important in the data."

Jonathan and the Ayasdi team believe that discovery is primarily useful within unsupervised machine learning. "This has typically been the domain of Google, Facebook, Amazon, and Microsoft - folks that really focus on those types of problems. It's the ability to discover, from data, without any human direction, patterns and relationships that exist in that data."

Ayasdi grapple with the issue of discovery using the method which powers the entire platform, Topological Data Analysis (TDA). Drawing on machine learning, statistical, and geometric algorithms, TDA adapts the topological analysis of data - its 'shape' - to highly complex data sets. It creates a compressed representation of all the geometric relationships between data points, which Ayasdi say helps "rapidly uncover" critical patterns and relationships in data. TDA, they argue, "is exceptional at surfacing hidden relationships that exist in the data and identifying those relationships that are meaningful without having to ask explicit questions of the data. As a result, enterprises can now discover answers to questions they didn't even know to ask."

The next pillar, prediction, requires a supervised approach to intelligent discovery, which largely informs how Ayasdi approach prediction tasks. Data classification, regression, and ranking are used to predict what will happen in the future. "Prediction is actually a relatively well-understood component, particularly in healthcare, where the value of predictive analytics is well-known. But once you actually have unsupervised discovery presenting you with the information on which to make these predictions, you actually have cleaner and better predictive results," Jonathan explains.

Discovery and prediction are themselves often considered to be the extent of machine learning, but Ayasdi maintain that in an operational environment, these capabilities must be complemented by justification, action, and learning. "A lot of people right now are talking about the importance of explainable AI. Well, there's this concept of transparency, and transparency as it exists today is saying 'here's what I used, here are the major issues that were perused'. But justification is one step beyond that. It tells you what was used, why it was used, and what results were produced from that, so it really explains what was going on."

Operationalizing intelligent applications within the enterprise requires that application to be present throughout the business process, executing the Discover / Predict / Justify loop that Ayasdi describe. "If you can't act upon this data - if the information is not actionable - then it really is very difficult to generate change inside of an organisation," Jonathan explains. He's quick to point out how important process flexibility is to making intelligent analytics a success. "You have to anticipate that this is going to create process change. What we say to CEOs across every vertical with whom we do business, is that we can build up a great AI strategy together, but if you haven't prepared for the process change that comes along with that, with the way people interact and the number of people you have to have interacting with it, then you're not going to be successful."

Once an application is embedded within the workflow through action, it must continually learn and improve from new data. "An application that's not learning from data is actually becoming stupider over time," argues Jonathan. "It needs to become more intelligent."

Working At Scale With Intelligent Applications

Jonathan explains that these five pillars matter, particularly in healthcare, where the problems organisations need to tackle are so complex and multi-dimensional. "To accomplish these using human cognition alone is increasingly impossible," Jonathan explains. "Let me give you an example. Just think about the human genome. A single patient may have 10,000 rows of different genes and the contour and complexity associated with those 10,000 genes, plus all of their medical records, plus all their socioeconomic data, plus anything else that you can bring to bear, is so hard for a single doctor to figure out and make the connections that they simply can't do it," he says. "This is where AI can accelerate and augment that healthcare process."

How, then, can enterprises fulfil all five criteria while working at scale?

"It's a great, great question, and it's one that I think as a pioneer in the space we've learned about the hard way," Jonathan admits. In order to scale the useability of an intelligent application with the size of an organisation, he says that there is a clear need to build up all the elements inside of an IT infrastructure that enable scaling. "You have your base technology, and it's very important to talk about the elements of a good AI solution, but on top of that you have to be able to deploy into an infrastructure in a way that makes you seamless. You have to have integration with the FHIR specs so that you can integrate with the different EMRs that exist within U.S. hospitals, whether that be Epic or Cerner or whoever else you may be interacting with. You also need to have all the security elements - an active directory."

The last - and most important - aspect of working at scale is making an application as user-friendly as possible. This, Jonathan argues, is vital to ensuring as many staff as possible are able to deploy its insights. "You need to have visual experience with UI and UX. This will allow you to take the insight that comes from AI and expose that to the broadest set of practitioners within a hospital. We have spent a lot of time building up applications that can be used by doctors and nurses, revenue analysts, fraud investigators, and more, that don't necessarily have to be manned and driven by data scientist. That's how you actually impact the broadest part of the organisation, so I think it is the most important factor."

Rules Of The Road For A Strong Enterprise AI Strategy

Jonathan outlines five of what he calls 'rules of the road' for enterprises looking to develop an effective, long-term AI strategy. He warns that, firstly, enterprises would do well not to begin with sandbox implementation. "The reason you shouldn't do this is that the inclination is to say, 'well, I'm gonna put this in my innovation group and let them play with it for a little while'. What we've found over time is that the problems they might try to solve using this approach, when asked to scale beyond these small sandbox-type use cases, don't actually scale beyond that. You run into a whole host of problems that would suggest failure, but actually, I think it's a failure in finding the right opportunity to operationalise earlier on."

"The next is that you have to integrate quickly. Hospitals are rightly conservative in this, but they really need to find ways to incorporate these technologies in order to learn more rapidly. You can augment, you can build, and you can transition over time - but run these systems in parallel." To this end, Jonathan explains that Ayasdi work closely with CEOs to develop Centers of Excellence for intelligent analytics. "A Center of Excellence allows the hospitals to really staff it with people that understand the types of problems that they're going after, to do resource management, and to decide the next best use cases to look at."

However, he's reticent when it comes to looking for the single use case that justifies the use of intelligent applications. Instead, Ayasdi proposes a piecemeal, holistic approach to its deployment. "There's going to be no big bang - no single application that everyone points to and says 'that's the AI use case'," Jonathan argues. "I think that over time, every application within a hospital - whether it be a scheduling application, a clinical variation management application, to pharmaceutical prescribing applications to denials and revenue cycle mangement and population health - will all be infused with AI. That will actually create better outcomes by orders of magnitude, and over time, will move the ball forward very much. There's not one thing that does. It's going to be AI-infused applications across the healthcare enterprise."

"Look for the problems that are most impactful"

"From a CxO's perspective, as they think about AI and how to apply it, they have to go and find those problems that are most impactful within their organisation. Those are the problems they must target first. There's often this feeling within an organisation that 'my data's not perfect' - well, your data is never gonna be perfect. It never has been perfect, and it never will be perfect, but it's probably good enough that you can start moving very quickly."

"So, find a business problem within your organisastion - it could be value-based care, it could be population health, it could be revenue recognition. However you define success, find that item that's going to drive you towards success and start to figure out ways to apply AI to accelerate that journey. That's actually how you're going to be successful."

Ayasdi won the AIconics Award for Best AI Application in Healthcare. You can read more about this year's AIconics winners here.