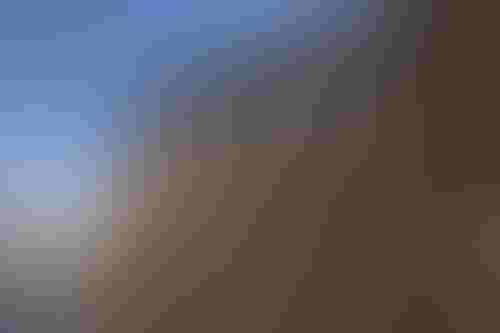 IBM will resell Palantir’s AI, data analysis, and surveillance tools via its enterprise sales network of 2,500 people – up from Palantir’s existing team of 30.

“We’re going to sell it to 180 countries and thousands of customers,” Rob Thomas, IBM’s SVP of software, cloud, and data, told Bloomberg.

The news sent Palantir’s stock up more than 12 percent on Monday.

Palantir has around 132 government and commercial clients, initially targeting businesses with revenues above $500m.

With the new partnership, the company hopes to attract a broader range of businesses, from large to small. It has already begun to transform its huge product offerings into smaller modules.

Palantir has worked with BP since 2014, but this month the two businesses announced an even deeper integration, which will see BP commit to using Palantir’s Foundry software for five more years, relying on Palantir to power its digital twin applications, and exploring the use of the company's software for its belated renewable push. Primarily, though, Palantir assists BP by lowering the cost of fossil fuel extraction.

Rio Tinto, meanwhile, is the world's second largest metals and mining corporation which mines everything from iron ore, to copper, diamonds, gold, and uranium. It has signed a multi-year enterprise agreement for Palantir Foundry Platform, to ingest and analyze mining data through a ‘single pane.’

Existing Palantir customers include the CIA, Immigration and Customs Enforcement, and the US military.