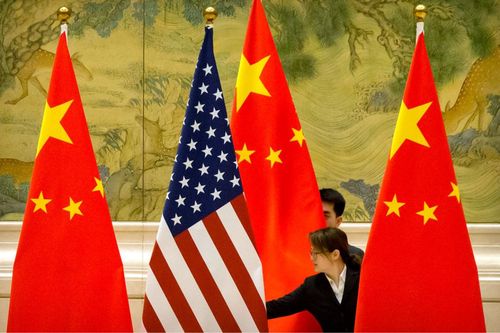 It’s the latest in the list of global tech accomplishments by China.

China has overtaken the U.S. as the world leader in scientific research, putting more pressure on the Biden administration to energize the nation's technological standing.

Figures from Japan’s National Institute of Science and Technology Policy (NISTP) reveal that China publishes nearly 40% more scientific research papers than the U.S. China churned out a yearly average of 407,181 scientific papers between 2018 and 2020 vs. 293,434 for the U.S.

Chinese research is also the most cited – a mark of a paper’s importance. It accounted for 27.2% of the world’s top 1% of most frequently cited papers. The U.S. was just under, at 24.9% of the top 1% of the most highly cited research studies.

"China is one of the top countries in the world in terms of both the quantity and quality of scientific papers," Shinichi Kuroki, deputy director-general of NISTP’s Asia and Pacific Research Center told Nikkei Asia. "To become the true global leader, it will need to continue producing internationally recognized research.”

China can add its scientific research crown to a growing list of titles of surpassing the U.S. In 2020, China overtook the U.S. to become the top source of international patent applications.

NISTP’s figures were compiled on data from analytics company Clarivate.

The findings were published the same day that U.S. President Biden signed legislation in a bid to catch up with China on a technological front. The CHIPS and Science Act would offer manufacturers incentives to shift the global chipmaking hub to the U.S. from East Asia.

Lawmakers such as Sen. John Cornyn (R-TX) had said the legislation would allow the U.S. to “finally awake to the challenge that we face from the People's Republic of China.”

It was a sentiment reportedly opposed by the Chinese Embassy in Washington, which likened the bill to reigniting Cold War rhetoric.