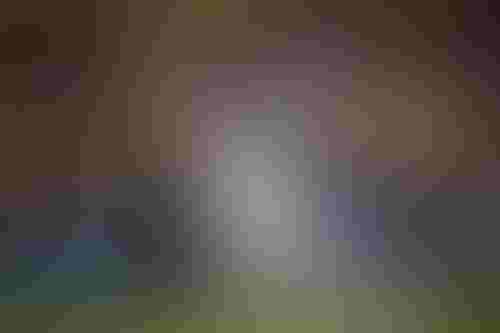 Baseball season is in full swing once again and your favorite team has another shot at winning the World Series.

After missing out last year, the Los Angeles Dodgers finds itself at the top of MLB's National League West regional division and favored to go all the way in 2022. It is on a 10-game winning streak, reportedly the longest since 2017.

“The Dodgers are in sole possession of the best odds to win the World Series,” said DraftKings fantasy analyst Steve Buchanan when the team had won eight games in a row. It has outscored its opponents, “showing just how scary this team is going to be when the playoffs come around.”

Bets compiled by BetMGM put Dodgers on top as the favorite to win the World Series, followed by the New York Yankees. The Yankees currently is the top team in the American League East regional division.

DraftKings, FanDuel and PointsBet also predict that the Dodgers will win, but disagree on its challenger. They picked the Houston Astros, not Yankees. The Astros currently top the board for American League’s West division.

Unanimous AI used its Swarm intelligence model to see how its predictions compare with sports bets. It made several MLB projections, from which team will get into the playoffs to the ultimate World Series champion. The AI model has had a good track record: It had beaten experts in predicting Oscar winners and accurately projected that the Golden State Warriors will win the 2022 NBA championship in Game 6.

Oscars 2022: Did AI or movie experts get more winners right?

Its Swarm AI model is based on scientific research about a ‘hive mind’ where the decisions of a group of ordinary people acting together prove to be superior to those of experts. The company bases its model on collective minds found in nature, such as in bee colonies.

The model differs from a survey, which is a tally of revealed intentions. Rather, the AI also considers the participants’ reactions to each other to come up with the optimal prediction.

The company’s specialized Sportspicker AI service believes the World Series will be a match-up between the Dodgers and the Yankees.

Here’s the complete breakdown of its predictions:

Who’s in, who’s out: Only six teams in each league will make the Playoffs. Although there are 10 teams in the AL within three games of making it, the Swarm AI system indicates that the Baltimore Orioles and Boston Red Sox have almost no chance.

AL Central dominance: In spite of being considered one of the worst divisions in baseball, the AL Central has a realistic shot to get three teams to the Playoffs - Minnesota, Chicago and Cleveland. Meanwhile, the AL East seems certain to have two teams in, but the other three in contention are likely to fade.

More certainty in NL: There only eight teams in contention in the NL, and the top six seem unlikely to fall out of contention.

NL Central flip-flop: While Milwaukee is favored to be more likely to win the division or make the playoffs, St. Louis is deemed to have a better shot at making it to the World Series if they get in. But neither of them have as high a chance as the two NL East and NL West teams.

World Series match-up: The Yankees are the most likely to make the World Series in the AL with a 39% chance. But the Astros and Blue Jays also have realistic chances to make it. Similarly in the NL, the Dodgers are the favorites, but the Mets, Atlanta, and San Diego all have a legitimate shot.

Team that will win it all: “Assuming that the World Series matchup is Yankees vs. Dodgers,” Sitzer said, “we believe the New York Yankees are the most likely team to win the World Series.”