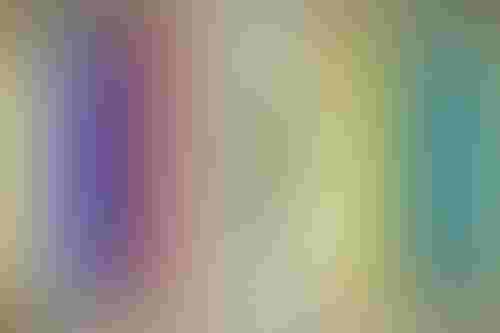 Even though we say otherwise, most of us like to put populations in generalized boxes:

- All Canadians are pleasant, funny and spend winters in Florida.

- All Germans are precise and formal.

- All Americans despise mass transit and require 15 square feet of personal space at all times.

Fun and games aside, if you’re a member of one of these populations, you know simplifications miss the cacophony of voices, personalities, very nuanced attitudes and splintered interests that make up your population. It makes sense that attitudes and feelings towards policies and issues are rarely monolithic, and it is difficult for outsiders to understand all the nuanced, localized feelings about a policy or issue.

And yet, countries have fought many a war based on poorly informed assumptions about populations. For example, U.S. intelligence agencies still use the Cold War-era practice of relying on U.S.-based analysts to remotely interpret public attitudes in hot-spot markets.

Social media monitoring: not so great

A possible improvement on the analyst approach to understanding populations is AI-driven social media monitoring. Companies such as Mediatoolkit and Brand24 leverage NLP, machine learning and sentiment analysis to understand a population’s attitudes and feeling about an issue or person to help guide political and product marketing campaigns. However, social media monitoring can be problematic as well:

Which brings us to our geopolitical issue of the moment – the Russia-Ukraine War. Given that all Western social media channels have been silenced in Russia, how can anyone outside of Russia understand what everyday Russians are thinking and feeling as the Ukraine war rolls on?

Enter FilterLabs.AI. Founded in 2021, the Cambridge, Massachusetts startup has brought a different approach to understanding a population’s attitudes, and are showing that in Russia with their project, a free tool called Filter Russia.

“The key to our products is we use our proprietary AI to seek out a range of hyperlocal data sources to monitor and analyze,” said Jonathan Teubner, Founder and CEO of FilterLabs.

“In our work analyzing Russian attitudes towards the war, the type of content ranges from message boards for hobbies, such as auto forums and Reddit-like discussion threads to community level sources – organizations that embed YouTube videos into their sites, and the messaging platform Telegram. We are interested in indirect speech more than direct speech, and these discourses contain very rich signals in that regard; there is so much to be learned from them.”

This focus on hyperlocal data sources is a unique concept that makes particular sense in the Filter Russia project – while Russia’s authoritarian government can shut down well-known social media channels and websites, it would prove to be nearly impossible to cut off the potential millions of webpages that reach micro audiences without completely shutting down the internet in Russia.

“It doesn’t matter whether a country or group is in a conflict stance or a peace building stance, you have to understand the nuances of the population,” said Teubner. “Russia’s greatest failure was a failure of understanding the Ukrainians. We, too, will fail if we overlook the tremendous internal diversity to Russia, or any country we come into conflict with or partner with.”

”We simply can’t afford to treat Russia as an undifferentiated blob of pro-Putin sentiment. We will fail in all our foreign policy goals if we think of these populations as monolithic. There is a significant difference between being pro-war and being ready to act violently on that commitment.”

It makes sense that FilterLabs’s brand of AI for Peace will grow and perhaps displace social media monitoring as the best way to understand narratives within a specific population. It is narrower AI in the sense that AI is used to learn the types of media to crawl, reducing “thousands” of man-hours in pinpoint-specific media, according to Teubner. With AI focused on finding the right media, analysts can avoid the weaknesses of social media’s localized content and too-broad sentiment analysis.

“We are getting calls from intelligence services and governments around the world, both for interest in peace-building and security. And the great thing is, it’s public content – no one’s privacy rights are being exploited,” said Teubner.

See more from Mark Beccue
Stay Ahead of the Curve
Get the latest news, insights and real-world applications from the AI Business newsletter